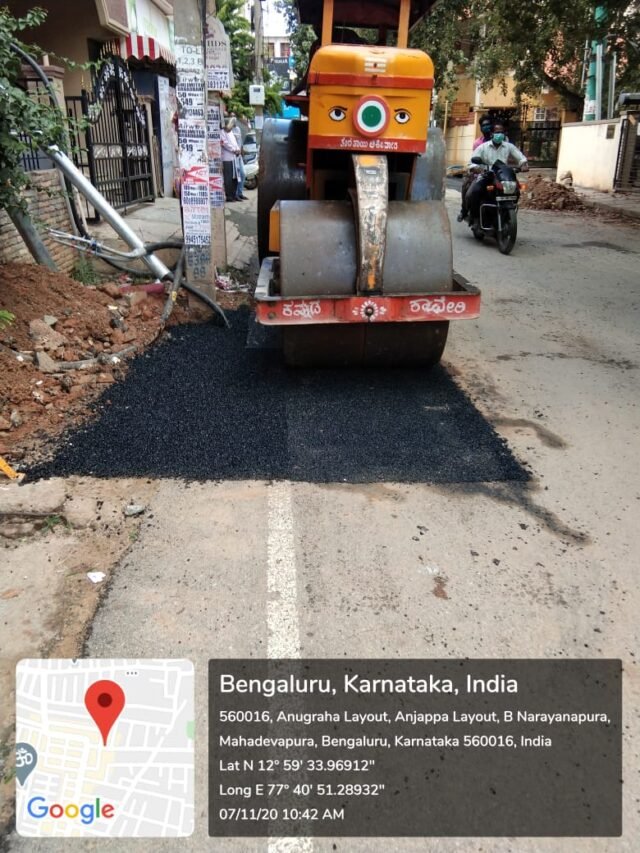 While the good citizens of Bengaluru, like others elsewhere, are resigned to living with the threat of Covid-19 for the foreseeable future, what really riles them is the proverbially permanent potholes on the city’s roads. For them, the million-dollar question, more out of a sense of hopelessness, is: Will Bengaluru ever become pothole-free, given the corrupt nexus between civic officials, contractors and even politicos?

While the civic administration would have been hard put to provide a convincing answer in normal times, the pandemic has provided the officials with a ready – and true-enough answer. They point out that the city’s migrant workforce, on whom BBMP depends for much of its public utility work, is yet to return in pre-lockdown numbers.

Sources who attended a pothole review meeting recently at the Indian Population Project (IPP) centre in Malleswaram said BBMP Commissioner N Manjunatha Prasad and Administrator Gaurav Gupta were informed that the administration was facing difficulties in tackling the pothole problem as adequate manpower was not available.

Despite several warnings from the Commissioner, his engineering team has not been able to put together 25-member ‘road gangs’ to take up filling of potholes in different parts of the city. “Since the pandemic-related breakdown, we are not able to find the manpower which normally comes from the rural parts of the state and other parts of the country like Bihar and Odisha. They have not returned in enough numbers since the first Unlock phase. We are finding it difficult to make the city pothole-free. We are literally helpless until these labourers return to the city,” said a contractor who attended the review meeting.

Orders from the top

The BBMP Commissioner has on several occasions said that directions to fill the city’s potholes have come from Chief Minister BS Yediyurappa and Chief Secretary TM Vijay Bhaskar, but the contractors say they are not able to meet deadlines as not enough ‘road gangs’ are available.

In a stinker sent to the engineering team via WhatsApp on Sunday, the BBMP Commissioner has demanded strict compliance and has said, “As you all are aware, the city’s roads are in very bad shape and pothole filling is being reviewed at the level of the Hon. CM, CS and Administrator. In this regard, in the last meeting held in the presence of Hon. Administrator, the following decisions were taken:

In order to achieve the above, the following strategy and targets were fixed:

1) Major roads will put in place 10 pothole-laying teams.
2) East, west and south zones: 2 teams each
3) Mahadevapura, Bommanahalli, RR Nagar, Yelahanka and Dasarahalli zones: 3 teams each.
4) Accordingly, the hot mix contractor will supply 31 truckloads of hot mix everyday.
5) If the pothole-filling contractors who have been finalised by the CE (RI) are unable to put in place the required number of teams in each zone , it was decided that the concerned zonal CE will make arrangements for local-level teams and the local teams will fill the potholes using the hot mix sent from our plant.”

Prasad’s WhatsApp message goes on to say, “It is seen from the above that clear responsibilities and targets have been set for each zonal CE as well as the CE (RI). They should coordinate with the hot mix plant Executive Engineer and get the required hot mix and use the contractors already finalised or the local teams to fill the potholes in the deadline given. EIC (Engineer-in-Chief) will monitor and give the daily status of pothole-filling and lifting of hot mix in respect of zones and the CE (RI) will give the daily status of major roads.”