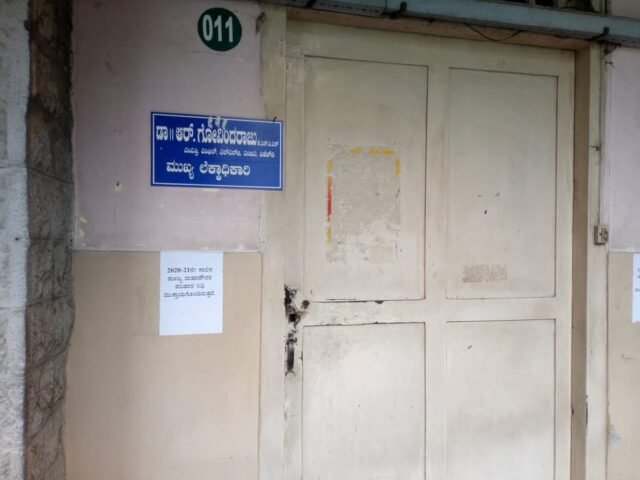 Shocked at the financial irregularities allegedly committed by its Chief Accounts Officer (CAO) R Govindraju, BBMP authorities ordered his repatriation to his parent department, the state Accounts Department, and sealed his office on Saturday.

The development follows a report by the Additional Commissioner (Finance) on the alleged illegal release of funds by Govindraju.

The report noted that the BBMP Commissioner N Manjunatha Prasad had on July 17 ordered that all payments to contractors should first be approved by the Special Commissioner (Finance) and the Commissioner, and should be made through the IFMS software.

It is alleged that instead of making payments through IFMS, Rs 6.96 crore was directly transferred to the account of the Executive Engineer, Gandhinagar. However, the Special Commissioner (Finance) stopped the transfer.

Besides, a letter dated August 19 by the BBMP Contractors’ Association alleged that outstanding bills were paid in disregard of the chronological completion of work.

BBMP Commissioner N Manjunatha Prasad said, “Bills should be paid to those who have completed the work first. In addition, the money released by the government for a certain purpose must be used for the same purpose. But the CAO has violated the rules without anyone noticing.”

Funds for the Nagarothana scheme of the Urban Development Department and funds from the 14th Finance Commission should be used for the stipulated work. But there was a clear violation of the rules by the CAO, Prasad noted. He added that a criminal case would likely be filed against the CAO.

DCM bats for US visa centre in Bengaluru