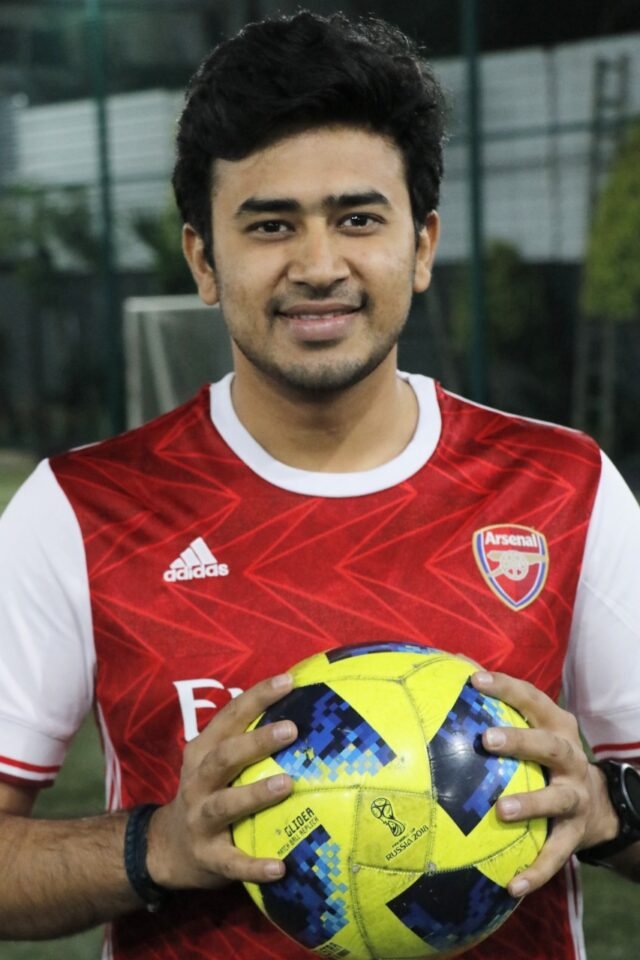 Members of Parliament in football jerseys will add to ‘excitement’

More than 264 teams will feature in the ‘Tejasvi Surya Football Cup’, to be held from December 25 to 27 at nine venues across Bengaluru South. Organised by the office of the Bengaluru South MP, the event is set to be the biggest open football tournament in the city and offers cash prizes worth Rs 3.5 lakh.

While 200-odd public teams will take part in a 5-a-side knockout tournament at 8 venues, 32 professional teams have been invited to play a 7-a-side competition at a single venue — Kickstart FC in JP Nagar. There are eight outstation teams participating in the tournament, including teams from Mandya, Mysuru, Coimbatore and Ooty. The matches for the professional teams will be held on December 25, 26 and 27.

“Bengaluru is known for its love for football, which can be seen in the large support the city extends to its team in the Indian Super League,” Surya, who is also the national president of the Bharatiya Janata Yuva Morcha (BJYM), said. “The office is organising this tournament to engage all youngsters of Bengaluru and provide a platform for young talent in the constituency to showcase their skills in a semi-professional event. We look forward to witnessing a football extravaganza in Bengaluru South over the next three days,” he said.

“We received an overwhelming 550-plus entries from people across Bengaluru to participate in the tournament,” said Aravind Suchindran, tournament director. “Another set of 250-odd volunteers have shown interest in organising the event. The teams will be allotted venues as per the preference given by them and two top teams from each venue will feature in the main round for the championship. We are also hosting an exhibition match featuring the MP’s team on December 25. This is perhaps the first time a national youth leader has brought together these many stakeholders to host a football tournament,” he said.

Rajson’s Pharmaceuticals Pvt Ltd and Sapna Pharmaceuticals are the main sponsors of the Tejasvi Surya Football Cup. Nutrition brand Fast&Up India are the platinum sponsors. State Bank of India and Ullas Agarbathi are the gold sponsors. The co-sponsors of the event are Pure-O-Natural Bengaluru, GoChe and House of Stori, while the associate sponsors are Heydoc, Stoned Monkey, Popz Kitchen, Diamond Mantra and Akhaada Yoga.

“I am thankful to young and old football lovers of Bengaluru, our sponsors, turf owners, the Karnataka State Football Association and referees for supporting us in conducting the tournament,” said Surya.