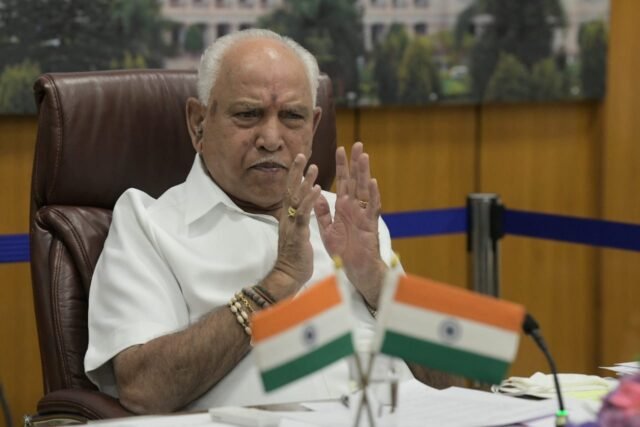 On a note of caution, govt bans protest rallies for next 15 days

Bengaluru situation grim but BBMP can handle it, say officials

Citizens of Karnataka, who were dreading another lockdown following the second Covid-19 wave across the country and in the state, can breathe easy – for now. Chief Minister BS Yediyurappa has clarified that there will be no lockdown in the state, and neither will schools be shut all over again. Alongside, the CM has appealed to citizens to strictly follow Covid guidelines like wearing masks and maintaining social distancing.

However, as a matter of abundant caution, the state government has banned protest rallies for the next 15 days.

Chaired a meeting to review Covid-19 situation in Bengaluru & took stock of preparedness including availability of beds, ramping up of testing, widening vaccine coverage. I appeal to everyone to continue to follow safety precautions & urge all eligible citizens to get vaccinated. pic.twitter.com/S7lUi0WOBt

Chairing a review meeting on Monday attended by BBMP Commissioner N Manjunatha Prasad and Health Department officials, the CM soft-pedalled the issue of tighter restrictions, notwithstanding the advice of the Technical Advisory Committtee to impose more curbs. The government has already disallowed public gatherings for Holi, Shab-e-Barat, Good Friday and various other rallies in the state.

Much of the review meeting was focused on the alarming situation in Bengaluru, which reported 2,004 positive cases on Sunday and 1,742 positive cases on Monday – making it seven consecutive days of 1,000-plus cases in the state capital.

The officials brought to the CM’s notice the fact that Bengaluru’s Covid-19 positivity rate, which was 0.94% in February, had risen to 1.94% in March. There are currently 15,882 active cases and 6.61 lakh doses of vaccines have been administered, they said.

“More tests are being conducted than the specified target. More than 90% of the tests conducted are RT-PCR tests. The government and BBMP are geared to handle the growing number of cases in the city and have already opened 100-bed Covid Care Centres at HAL and Haj Bhavan, while a 250-bed CCC at the Koramangala Indoor Stadium will start functioning from April 5,” the officials informed the CM.

This apart, 2 mobile and 1 static teams have been deployed in each ward to increase Covid testing, they said.

The CM was also informed that around 1,166 beds have been kept ready in government hospitals in Bengaluru Urban and Rural districts. Private hospitals have been asked to provide more Covid beds, the BBMP officials said.

The CM was also informed that 8 IAS officers have been appointed as nodal officers for all eight civic zones and will monitor the work of BBMP officials. Their main task will be to supervise contact tracing, an official said.

CM to press for teachers’ vaccination

Yediyurappa told the meeting that the state government would be writing to the Union government for permission to vaccinate school teachers on priority, as they are the contact points for students. Besides, many schools and colleges have reported positive cases.

JD(S) here to stay and will strive to come to power on own: Deve...

Railways to gradually get back on track