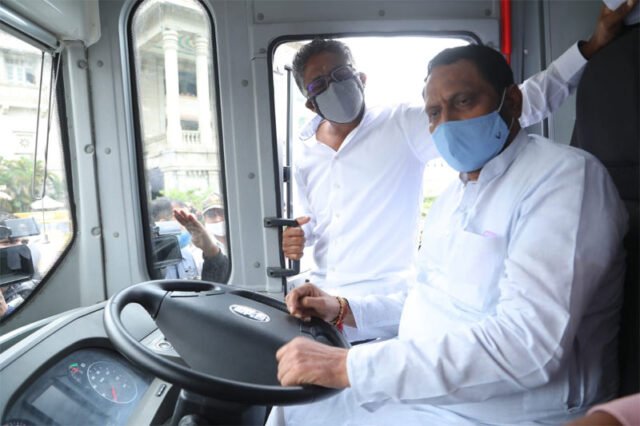 The Karnataka government will not hike the bus fares in Bengaluru city buses at this moment but may review it after a few months when life normalises and the crowds return, Karnataka Deputy Chief Minister Laxman Savadi said on Tuesday.

“Officials had proposed to hike the ticket prices but neither the Chief Minister B S Yediyurappa nor I heeded to it because most of those who commute in our buses are from the economically weaker sections, who are already in trouble. So we are not willing to trouble them further by increasing the ticket prices,” Savadi, who holds the Transport portfolio, told reporters here.

He, however, said the government would review only after a few months when people start moving freely when the COVID cases decrease.

Now the BMTC has submitted a proposal saying that it may face a financial crunch, but keeping in mind the current situation, the government is not focusing on it, he added.

Savadi said the bus services would be resumed stage by stage once the lockdown is eased by strictly adhering to COVID appropriate behaviour such as social distancing, wearing masks and hand hygiene.

Expressing apprehensions that people will be scared to travel in buses due to COVID, he said his department will start bus services in a phased manner.

The Deputy Chief Minister explained that only those drivers and conductors who have taken both the doses of COVID vaccines will be called for duty.

“We will not pressurise them to work unless they have taken both the shots of the vaccine. Keeping in mind that those who have taken both the doses do not face problems, we started vaccinating our drivers and conductors a fortnight ago,” Savadi said.

He also said that those who are entitled for a second dose, will be giving the jab on a priority basis.

Savadi said the transport corporations have suffered a loss of more than Rs 4,000 crore due to COVID and it may require at least 10 months to recover from it.

Till the bus services start in a full-fledged manner, the transport department may seek government aid to overcome the losses.

Bus services have been stopped since April 27 when the restrictions were imposed till June 14 due to the raging COVID pandemic, which had at one point in time seen cases crossing the 50,000 mark a day. PTI

4 Covid deaths in Bengaluru in 24 hours