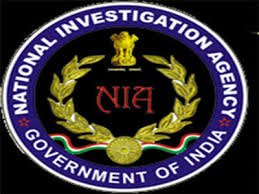 The National Investigative Agency has offered a reward of Rs. 3 lakh to anyone providing information on an ISIS-linked terror suspect. Matheen, 26, a resident of Shimoga, is wanted in the al-Hind ISIS Bengaluru module case.

The case relates to the formation of an ISIS-inspired terror cell by Mehboob Pasha, Khaja Moideen and others who are accused in the killing of a Hindu leader in Tamil Nadu, the NIA said.

Pasha conducted several meetings in 2019 at his residence in Guruppanapalya, Bengaluru to radicalize recruits into carrying out terrorist acts and joining ISIS in Afghanistan and Syria.

Matheen is a friend of Saleem and Zaid, through whom he contacted Pasha. He also had a foreign ‘handler’, the NIA said.

DCM bats for US visa centre in Bengaluru