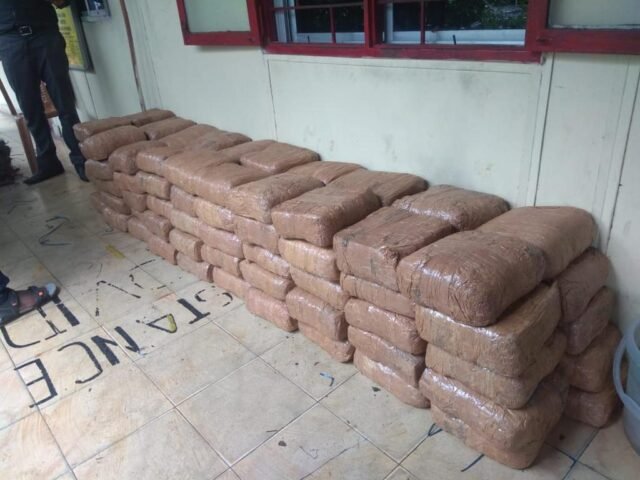 Based on specific inputs from NCB-Bengaluru, officers of NCB-Kochi intercepted a courier parcel at Thiruvananthapuram on November 16 and recovered 244 gm of amphetamine, 25 stamps of LSD and 2 gm of methaqualone – all well-concealed in a gift parcel containing chewing gum and Lotte Choco Pie. Subsequently, the receiver of the parcel was nabbed in Thiruvananthapuram.

Again, on November 20, officers of NCB-Chennai intercepted a vehicle at the Pallikonda toll plaza on Vellore-Krishnagiri Road. Two occupants of the vehicle, both residents of Erode, Tamil Nadu, were apprehended and 212.5 kg of ganja concealed underneath coconut saplings was recovered. In a high-speed chase that followed, an Innova vehicle was intercepted and two other persons, also residents of Erode, who were purchasers of the contraband and were escorting the earlier vehicle, were nabbed. The ganja was allegedly sourced from Andhra Pradesh and destined for sale in Erode.

As per a press note by Amit Ghawate, IRS, Zonal Director, NCB-Chennai, the heavy rain and cyclone alert in Chennai and Andhra Pradesh are not deterring ganja traffickers, who are resorting to the courier route in such weather conditions.

Siddaramaiah asks Bommai to cut prices of both petrol and diesel