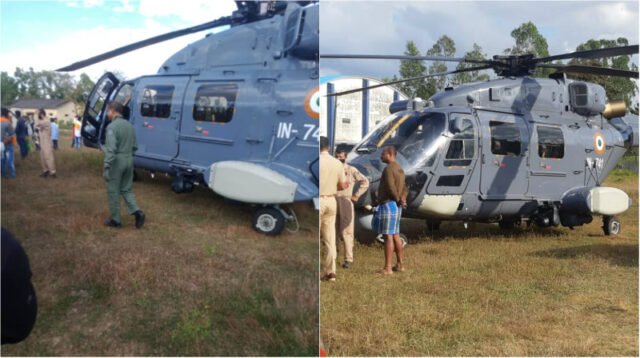 A Navy helicopter made an emergency landing in Dasanakoppa village of Uttara Kannada district on Friday, after developing a technical snag.

According to sources, the Helicopter was identified as AN-741, belonging to the Indian Navy. It landed at the village, after hovering in the sky for a few minutes, before touching the ground.

The sources said that the Navy helicopter was carrying eight persons, including three Pilots, and was on its way to Goa from Bengaluru, before safely landing at the village.

The incident occurred at about 1530 hrs, the sources said.

Technical experts are expected to arrive to the place to take stock of the incident, they added. (Agency)

UG and PG exams by July