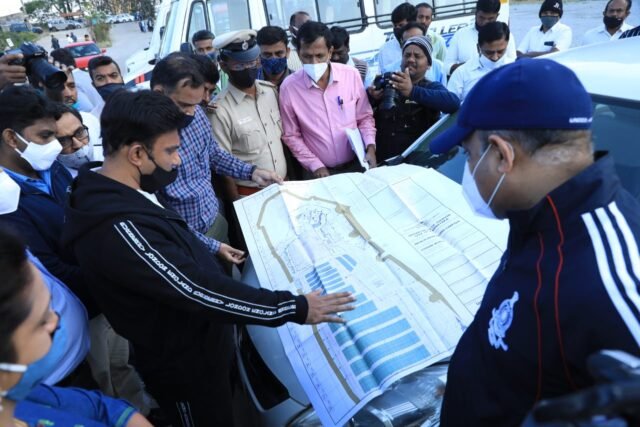 Nandi Hills, the popular hill station in Chikkaballapur, will be developed as an international tourist destination, according to Health and Medical Education Minister Dr K Sudhakar, who is also the district in-charge Minister. He was speaking to the media here after inspecting the ongoing works at Nandi Hills.

Nandi Hills and its surroundings are very scenic, have beautiful flora and fauna, and also have a historical and spiritual significance. Thus, the area has all the requisite qualities to be developed as an international tourist destination, and the state government has already sanctioned Rs 10 crore for the purpose, said the Minister.

There has been a popular demand from the public for a ropeway since the past 15 years. Though an international agency had earlier agreed to take up the project, later it was shelved. The ropeway is now set to become a reality. More than 10 acres of land will be allotted in the foothills as a parking area. The development work will be completed in 3-4 months, said Dr Sudhakar.

Visited Nandi Hills this morning to chalk out a detailed blueprint for comprehensive development of Nandi Hills as a tourist circuit. Nandi Hills attracts tourists of all age, round the year, due to its historical and religious significance and mesmerising natural landscape.(1/2) pic.twitter.com/hbTJtXESkZ

The plan includes beautification of the entire hill station and creation of world-class tourist amenities including eco-tourism facilities, trekking trails to surrounding hills, restoration of archeological monuments and preservation of Nellikayi Basava and Mantapas. (2/2) pic.twitter.com/y5794E0XeP

Nandi Hills is 30 km from Bengaluru International Airport and one hour from Bengaluru city. “Chief Minister BS Yediyurappa has extended his support for the project, and a tender will be called soon,” said the Minister.

The project will include trekking trails to 5 hills surrounding Nandi Hills, as well as a thrust on eco-tourism, conservation of archeological monuments, beautification and infrastructure development. Dr Sudhakar added that the use of plastic would be completely banned at Nandi Hills.