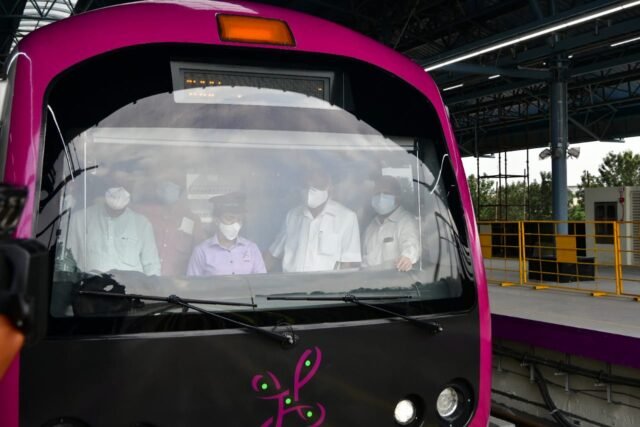 Chief Minister BS Yediyurappa on Tuesday inspected the Reach-2 western extension line of Phase-2 of the Metro project between Mysore Road and Kengeri.

According to a metro press release, the 7.53 km line will start commercial operations in July. The extension of the 18.1 km East-West corridor (Purple line) is estimated to cost Rs 1,560 crore, while the land cost is Rs 360 crore.

As per metro officials, parking facility will be provided at Nayandahalli, Rajarajeshwari Nagar and Jnanabharathi, and two-level parking at Kengeri Bus Terminal with a bus bay at both sides of the station.

All the metro stations can be used for road-crossing by the public, except at the Kengeri Bus Terminal station which is located off the road. A foot overbridge to the adjacent BMTC bus depot will be provided later.

The maximum fare from Byappanahalli to Kengeri will be Rs 56, and from Kengeri to Silk Institute, which is the longest stretch, Rs 60. Ridership on this section is expected to be around 75,000 daily. The automatic fare collection system on this extension line will enable e usage of One Nation One Card; i.e., National Common Mobility Card and QR
system.

Train testing after integration and migration of the signalling system from the existing section to the new section has been completed.