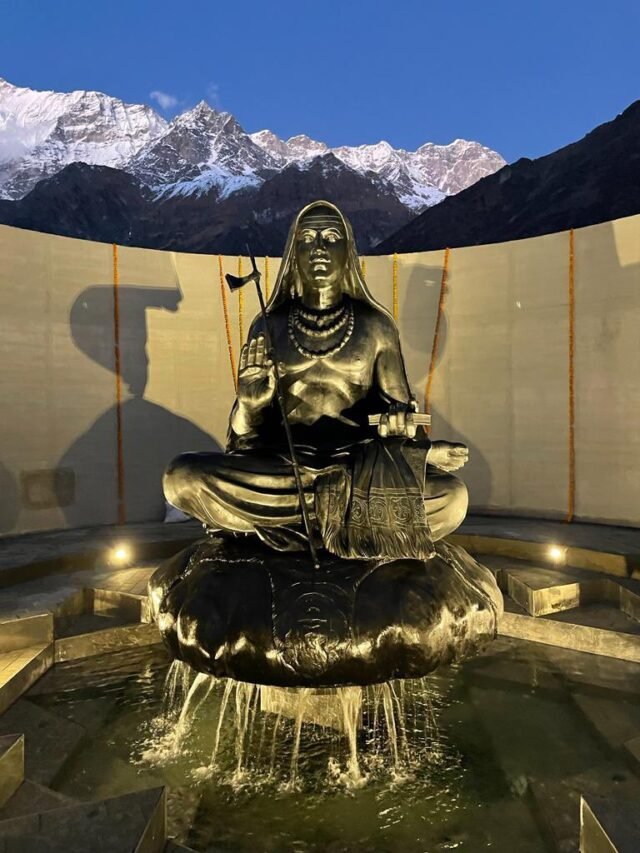 Months of hard work finally paid off for Arun Yogiraj from Mysuru as Prime Minister Narendra Modi unveiled the grand statue of Adiguru Shankaracharya at Kedarnath in Uttarakhand on Friday.

“It’s a moment of joy for us. After nine months of toil for at least 14 hours a day, we completed the statue of Shankaracharya, which Prime Minister Modi inaugurated at Kedarnath,” Yogiraj told PTI.

After completing his MBA, the 37-year old sculptor got a lucrative job but resigned soon after to take up his traditional work.

Yogiraj said when the government decided to install the Shankaracharya statue, it had invited models from sculptors from across the country.

“My model was finally selected and since then the Prime Minister’s office was personally monitoring the progress,” the sculptor said.

He also said that he selected the black granite rock from HD Kote in Mysuru and worked on it with a team of seven people.

According to him, the 12 feet tall statue weighs about 28 tonnes. After it was completed in July, it was taken to Uttarakhand.

Yogiraj said the statue was then airlifted by Chinook helicopter to the designated place.

He was supposed to be in Kedarnath but due to a tragedy in the family, he had to return home a week ago.

The sculptor said he is constructing a 25-ft tall Anjaneya statue at Chunchanakatte in Mysuru district and a Shiva statue in another location.

“I have also taken up the construction of a temple in Malaysia as well as at Kanakapura in Ramanagara district,” Yogiraj added.

The statue has been installed on a rebuilt samadhi of Shankaracharya, the eighth century Sanyasi, in Kedarnath, an important Hindu pilgrimage centre in the Himalayas.

The seer had also laid foundation to the Shankaracharya order and set up four monastries or Peetam in India at Badrikashram in the north, Dwaraka in the west, Jagannath Puri in the east and Sringeri in the south.