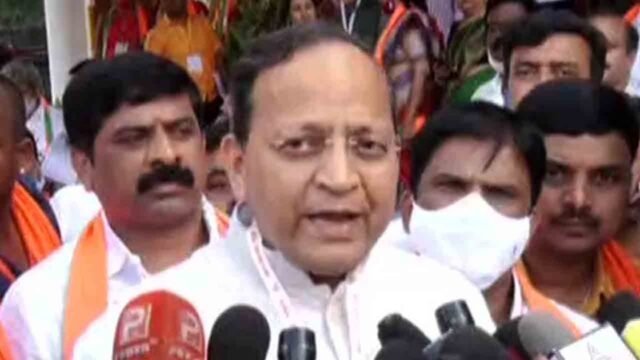 BJP general secretary Arun Singh on Thursday disapproved of Karnataka minister K S Eshwarappa writing a letter to the governor against the chief minister’s style of functioning, saying this was not an appropriate step.

Rural Development Minister Eshwarappa on Wednesday complained to the governor against him, alleging direct interference in the affairs of his department.

“If a minister has a problem, he should talk to the chief minister. Writing a letter to the governor is not the right way,” Singh, who is the BJP’s in-charge for Karnataka, told reporters here.

Asked what the party plans to do over the issue, Singh said its focus right now is on the bypolls to one Lok Sabha and two assembly seats. “We will win all three seats with thumping margins,” he added.

Dissidents against Karnataka Chief Minister B S Yediyurappa within his party have been attacking him from time-to-time.

Eshwarappa, who is a senior BJP leader from Shivamogga and had been a long time associate of Yediyurappa, met Governor Vajubhai Vala and submitted a five-page letter on “serious lapses and authoritarian way of running the administration” by the chief minister. PTI