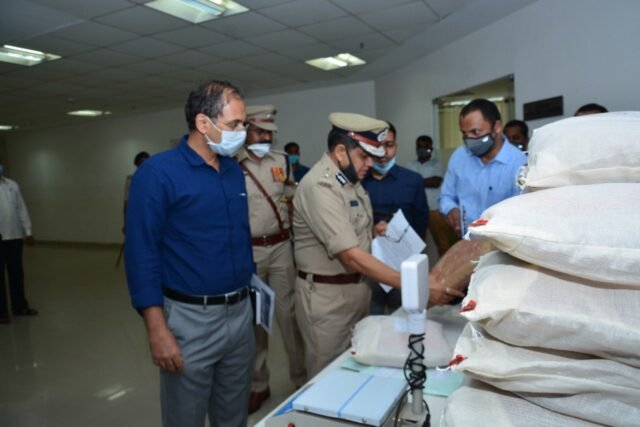 Accused had brought narcotic from AP in a container truck

The CCB police have seized around 204 kg of marijuana worth nearly Rs 1 crore being trucked from neighbouring Andhra Pradesh.  The arrested have been identified as Sameer of Mysuru, Kaiser Pasha and Ismail Sharif of Chikkaballapur. Three mobile phones, a container truck and an Indigo car were also seized.

Sameer had arrived in the city with his accomplices from the East Godavari district of Andhra Pradesh in a container truck filled with marijuana. He supplied clients in Bengaluru,  Mysuru, Ramanagara, Chikkamagalur and Chikkaballapur districts, as well as clients in Tamil Nadu and Kerala.

The cops pounced on the peddlers when they were shifting the narcotics from the truck to the car in Devanahalli.