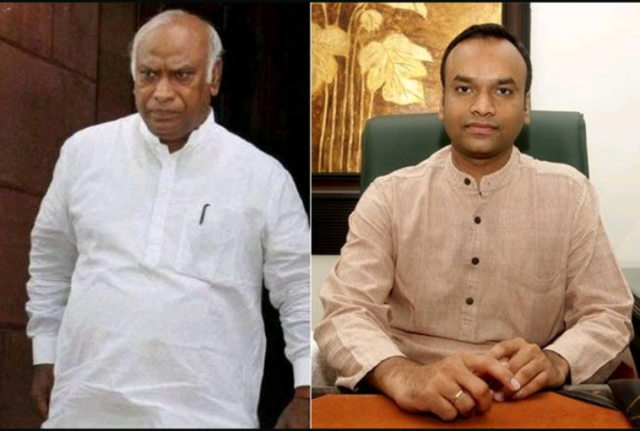 Congress’ Rajya Sabha candidate from Karnataka and senior leader Mallikarjun Kharge and his son received threat calls on Sunday, with the latter filing a complaint with the state police chief.

Kharge, a former Union Minister, received the call in the wee hours of Sunday on his landline while his son Priyank later got a call from a private number on his mobile phone.

Priyank lodged a complaint with the Director General of Police Praveen Sood and former MLC Ramesh Babu shared the copy of the complaint on Twitter on Tuesday.

In his complaint, Priyank Kharge stated that at about 1.30 am on Sunday, his father received a call on the landline where the caller spoke in Hindi and English and used invective against the Congress veteran.

The caller, according to the complaint, spoke about the Rajya Sabha election and threatened Kharge. Police are looking into the matter. Kharge is the Congress’ pick for the June 19 Rajya Sabha election from Karnataka. JD(S) supremo and former Prime Minister Deve Gowda and two BJP candidates have also filed nominations for the election to the upper House. (PTI)