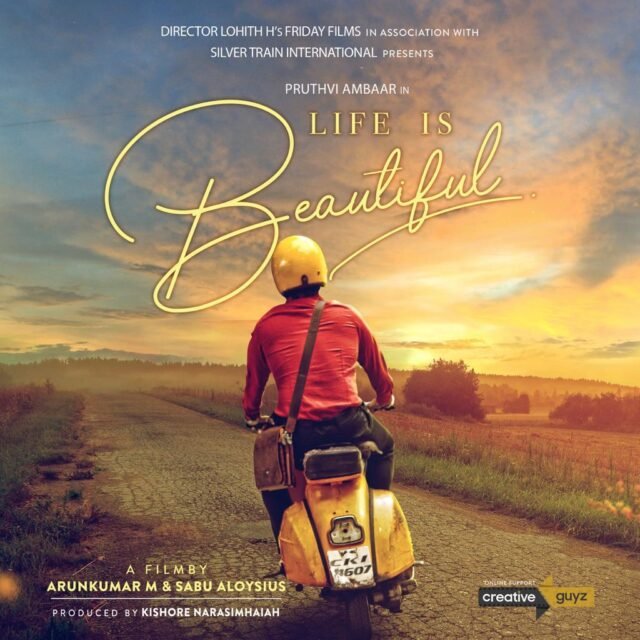 The title of ‘Dia’-fame Pruthvi Ambaar’s new film, ‘Life is Beautiful’, was revealed by actor Dhananjaya on Monday. Pruthvi will play the male lead in the film, his first after the phenomenal success of his debut film ‘Dia’.

After directing ‘Mummy’ and ‘Devaki’, Lohith H is set to make his debut as a producer under the banner of Friday Films, in association with Silver Train International. The film is co-produced by Kishore Narasimhaiah.

The film will be directed by Arunkumar M and Sabu Aloysius, who have 20 years of experience in the advertisement industry

Director-turned-producer Lohith H said, “I have decided to do my bit by making movies which are going to be a mix of good content laced with entertainment.”

Sasikala will be discharged on Sunday: Hospital