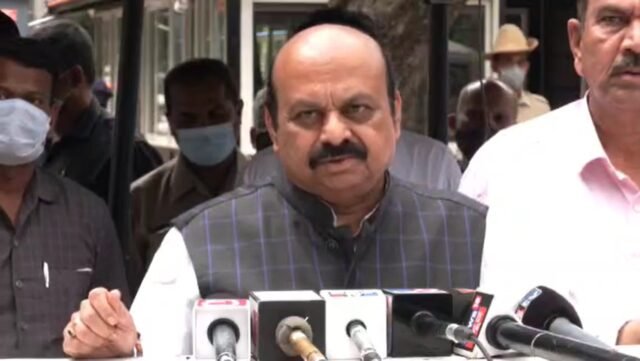 Speaking to reporters after having returned from Tirupati where he attended the Southern Zonal Council meeting chaired by Shah, he said, “I stressed on Karnataka’s stand that before preparing the detailed project report on interlinking of the Godavari, Krishna, Cauvery and Palar rivers, the States’ share of water should be decided. Shah instructed the Jal Shakti Ministry to go ahead only after considering Karnataka’s contention.”

The Chief Minister also said he had urged the Union government to take appropriate measures to issue the gazette notification on Krishna Water Tribunal-2 award.

To a question on the Mekedatu project, Bommai said he raised it, but it could not be taken up for discussion as Tamil Nadu Chief Minister (M K Stalin) did not attend the meeting, while asserting his government’s willingness to go ahead with it.

The State is in constant touch with the Union Jal Shakti Ministry and Minister regarding the implementation of the Mekedatu project, he said, “The issue was discussed with legal experts during my recent visit to Delhi.”

The meeting also discussed providing necessary land for the Metro Rail project in Bengaluru, measures to avoid use of antibiotics in fishing, quick disposal of POCSO cases by filing of charge-sheet in a given time-frame, Bommai said. PTI

CM to undertake aerial survey of rain-hit areas on Tuesday