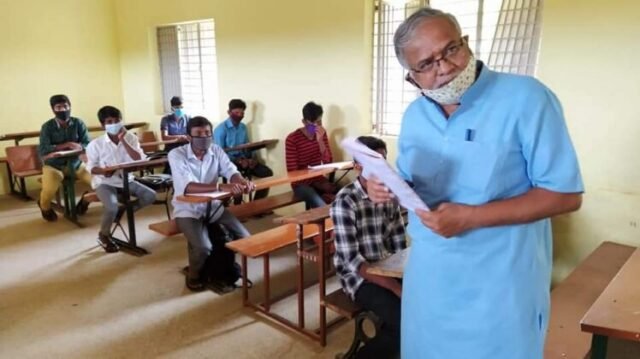 Karnataka on Thursday announced the tentative dates for the Secondary School Leaving Certificate (SSLC) Board (Class 10) examinations for the academic year 2020-21.

According to the dates announced by the Education Ministry, the exams for SSLC students this year will begin on June 14 and will end on June 25.

Education Minister S. Suresh Kumar asked the students to submit their objections to the tentative timetable, if any.

Kumar told reporters that the students who wish to submit objections to the tentative timetable can send them to the Director of Examinations of the Karnataka Secondary Education Examination Board till February 26.

He added that the classes for students of VIth Std to 1st Pre-University Course (PUC) or Class 11 will commence from February 1.

“Vidyagama classes for sixth to eighth standards on alternative days will be continued as it is. A decision regarding opening other classes will be taken after reviewing the situation during the second week of February and holding discussions with experts,” he explained.

The minister maintained that there was no major outbreak of the pandemic after classes commenced for PUC and SSLC students, so one need not worry.

Kumar said that schools and colleges remained closed due to the lockdown since March.

“SSLC classes have resumed from January 1. Though students’ attendance was less initially, it has increased now,” he claimed.

The technical experts committee will meet again in the second week of February to take a decision on conducting regular classes for 6th to 8th Std students.

A detailed SoP will be published on conducting classes from February 1 considering the interest of students.

The notification added that the online and offline format of the classes will continue and physical attendance will not be mandatory for students. IANS