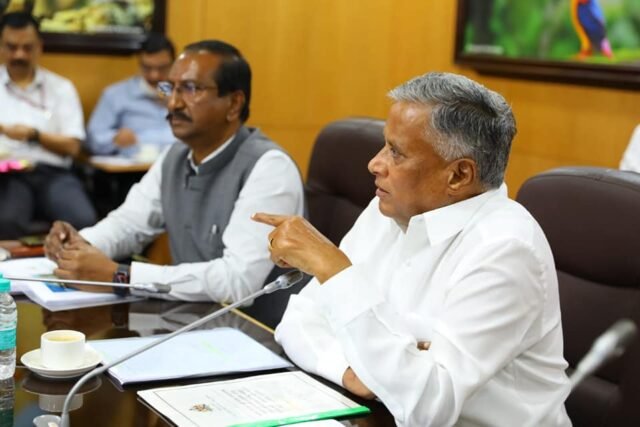 Karnataka Infrastructure Development Minister V Somanna on Wednesday said that the state will fast-track railway projects that are languishing since 2007, in a time-bound manner.

He said, the cost of most of these projects have almost doubled.

“Since 2007, nine railway projects that were launched have not been completed…..after discussion, as the cost has also gone up, putting a burden on both state and central government, we have decided to fast-track these projects. Within 15-20 days, land acquisition and other hurdles will be cleared in a time bound manner,” Somanna said.

“The state government is in talks with Indian Railways authorities. They were being laggard. We have sent across whatever message we had to and work will speed up from tomorrow,” he added.

The Minister today reviewed the infrastructure development department and held discussions with railway officials regarding the languishing projects.

Of the nine railway projects cleared since 2007, at least four have seen their total cost go up.

Karnataka has a 50 per cent share in the cost of these projects.

Other than these four, the other railway projects that have been languishing and will be expedited are Munirabad-Mehaboobanagar; Gadag-Wadi; Shivamogga-Shikaripura-Ranebennur; Chikkamagaluru-Belur; Belur-Hassan and Dharwad- Belagavi (which is yet to start).

Noting that about 56 pending railway over bridges and under bridges (ROB/RUB) are languishing in various places, including Bengaluru, Tumakuru among others, Somanna said after discussions, it has been decided to give some shape to this.

“The state government is releasing our share of funds. Once the Centre releases its share at the earliest, minor land-related issues that were being used as an excuse for the delay will be resolved,” he said.

The aim is to finish all these projects in this financial year as much as possible, he said, adding that “We will review them once every month.”

Further stating that the work on new airports at Shivamogga, Vijayapura, Hassan, Raichur and Karwar are on track, the Minister said, the Shivamogga airport will be commissioned before 2022. PTI

Actress who’s our kind of corporator!