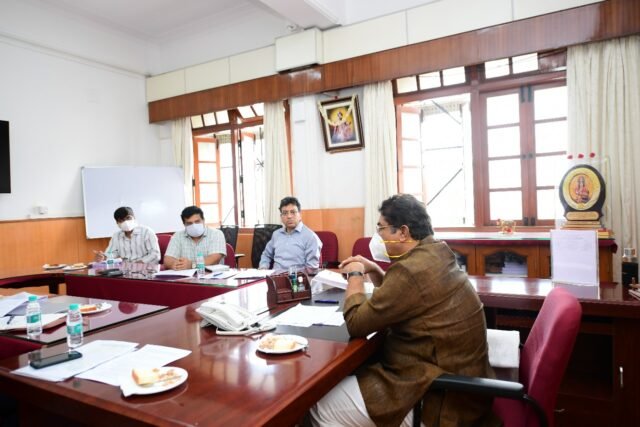 Officials to look at reducing guidance value in view of Covid hardships: Ashoka

The Revenue Department has decided to hire the services of 820 surveyors to fast-track pending applications, which are currently over 2 lakh. The Minister said, “Currently, there is a waiting period of 8 to 10 months for survey work. We have decided to hire 820 surveyors now and another 600 by December. When all of them are on board, I am hopeful that we can complete the entire survey work within a few months.”

The Minister said he has asked Deputy Commissioners to take a call on forming new revenue villages in their respective districts. “There are a number of Kurubara hadis and Banjara hadis which can be converted into revenue villages. We also can provide revenue village status to places where Hakki Pikki or other nomadic groups have pitched tents so that they can continue to stay in those areas,” Ashoka said.

‘No suitcase culture in BJP’

Condemning the recent statement of former Chief Minister HD Kumaraswamy against the BJP’s national general secretary and Karnataka in-charge Arun Singh, the Minister said, “Arun Singh has been honestly working for the BJP for the last three to four decades. I want to clarify that there is no suitcase culture in the BJP — it suits the JDS and not us.”

A Central team will visit Karnataka from September 4-7 to assess flood-related damage. “As per our estimate, the loss is Rs 5,690 crore for 2020-21. We also expect an allocation of Rs 765 crore to the NDRF,” Ashoka said.

Did MLA alert nephew on day of riots?