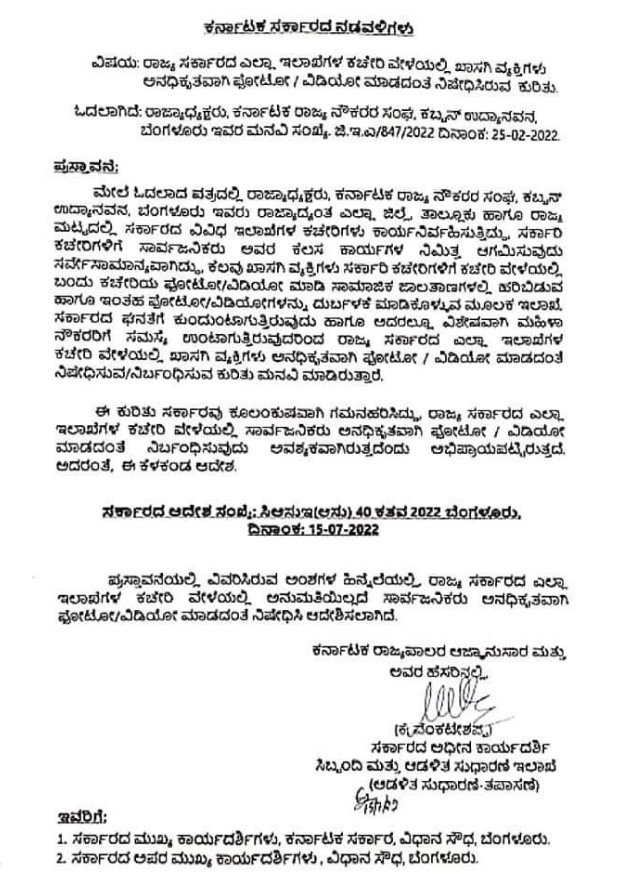 The Karnataka government on Friday issued a notification banning photography and videography by the public at all government offices across the state.

The order was issued based on a petition from the Karnataka State Government Employees Association.

In it’s petition the Karnataka State Government Employees Association had alleged that government employees are being harassed by certain people shooting videos and photos inside government offices.

Based on the allegation, the Department of Personnel and Administrative Reforms issued an order which states, “The public visiting the government officers must not take pictures or videos of government officials without their permission while in office and carrying out their duties.”

Man arrested on charges of assaulting lady advocate in Karnataka