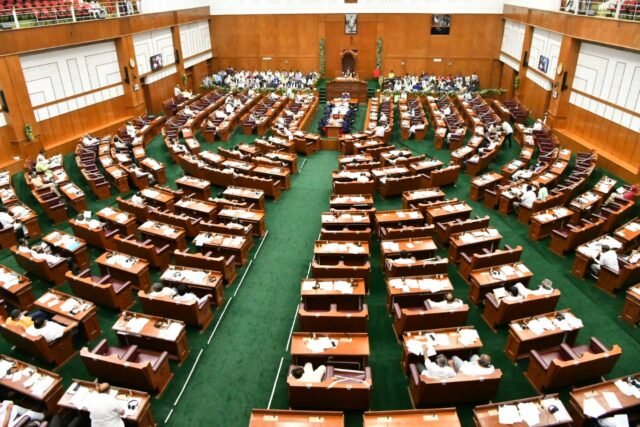 Four bills, including one to specify a separate rate of property tax for industrial buildings in corporations and other urban local bodies, aimed at encouraging the establishment of industries in the state, were passed in the Karnataka Legislative Assembly on Tuesday.

Piloting the bill for the consideration of the House, Urban Development Minister Byrathi Basavaraj said the bill is aimed at specifying a separate rate of property tax to be levied for industrial buildings in the Corporations and other urban local bodies, to encourage the establishment of industries.

According to bill, it is to meet the increasing complexity of growth and development in the field of AYUSH, to set a standard to perform multiple functions in academics, research, consultancy, think-tank, training and knowledge dissemination to meet the needs of the government in the field of public health, AYUSH industry, development of medical plant resource academia and society at large.