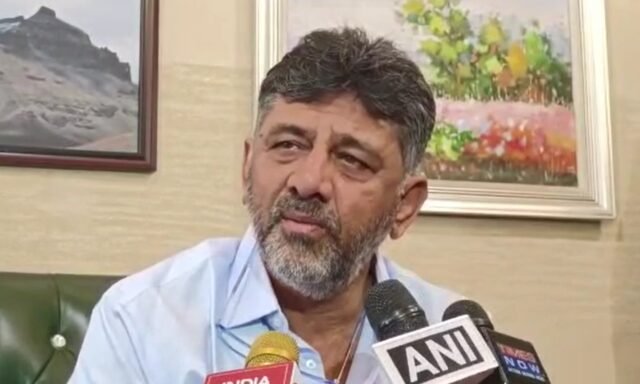 Karnataka Congress President D K Shivakumar on Sunday said it was a coalition government in the state, and it is not being run by those from the ”original BJP”.

He also claimed that there were a lot of issues within the ruling party as those who have gone to the BJP from Congress and JD(S) constitute over 60 per cent in the government, and the long-time party loyalists feel that they are being sidelined.

”There is fear (in the BJP), there are a lot of internal problems, that’s the reason their national leaders are repeatedly coming and holding discussions. Original BJP is not running this government, it is a coalition government,” Shivakumar said in response to a question.

Speaking to reporters here, he said, ”Chief Minister (Basavaraj Bommai) came from a different party, those who came with CM from Janata Dal are about 34 per cent, those who have gone from Congress are 30 per cent and BJP (original) are about 30 per cent.” ”There are a lot of internal issues and there is a lot of anxiety and fear within, as original BJP people feel that the government is being run by outsiders who came during operation lotus,” he added. Resignation of 17 legislators from Congress and JD(S) led to the collapse of the coalition government in 2019, paving the way for the BJP government under the leadership of B S Yediyurappa to come to power.

Bommai, who succeeded Yediyurappa, had joined the BJP in 2008 from the Janata Dal. PTI