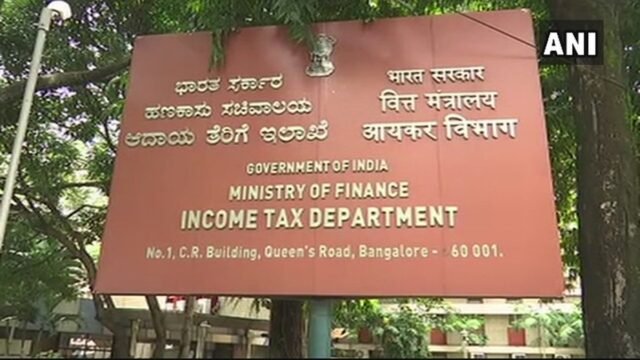 Following raids by income-tax sleuths at medical institutions and related locations in Bengaluru and Mangaluru on Wednesday, the Income-Tax Department in a press note has put the amount of unaccounted money in the form of illegal capitation fees at Rs 402.78 crore.

According to the tax authorities, during the searches at 9 major trusts running educational institutes, including medical colleges, it was found that the selection process had been subverted by a nexus of managements, agents and students.

According to the tax authorities, students who got high ranks in the NEET were blocking seats during the KEA counselling process in connivance with agents. Subsequently, these seats were made available to the college managements for filling up through the ‘stray vacancies’ round, where less meritorious candidates were admitted after collecting huge sums as capitation fees/donations in cash, which is illegal under the Karnataka Educational Institutions (Prohibition of Capitation Fee) Act,1984.

The search operation resulted in detecting incriminating evidence in the form of notebooks, hand-written diaries and Excel sheets containing details of the money. One of the colleges allegedly had a ‘package arrangement’ for passing management quota students in the written examination and viva voce for amounts ranging from Rs 1 lakh to Rs 2 lakh.

It was also found that the money received had been diverted for non-charitable purposes by the trustees, which is in violation of Sec 12AA of the Income-tax Act, 1961. A large number of investments in immovable properties with a huge cash component, attracting provisions of Section 69 of the Income-tax Act, were also unearthed. One of the colleges had allegedly diversified into the business of timber/plywood industries.

According to the tax authorities, the searches also resulted in seizure of cash amounting to Rs. 15.09 crore, gold jewellery of 81 kg (valued at Rs 30 crore), 50-carat diamonds and 40 kg of silver articles from the residential premises of the trustees, as well as evidence of undisclosed foreign assets of Rs 2.39 crore in Ghana and benami investments in 35 luxury cars.

BBMP chief shows the way with a ‘jab’