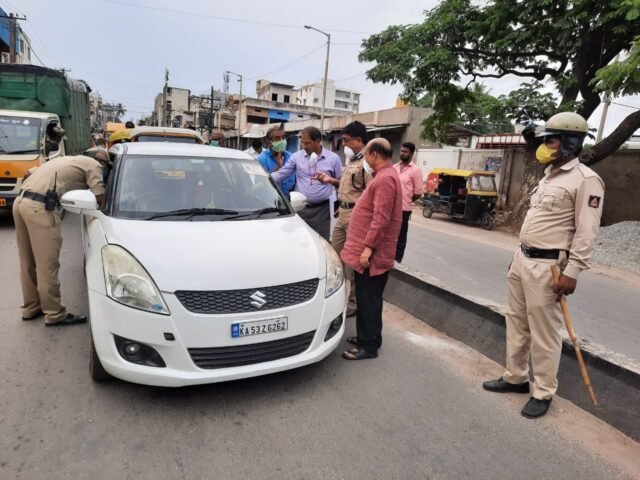 Despite a clear risk to his own health by stepping out, Karnataka’s Home Minister Basavaraj Bommai decided to witness first-hand how the lockdown rules, meant to curb the spread of the coronavirus, were being followed in the state capital. In total number of infected cases, Bengaluru city is the biggest virus hotspot in Karnataka.

Bommai, alongwith city police commissioner Bhaskar Rao, visited the populous Hebbal, Shivajinagar, Peenya and Majestic areas to check on the citizens’ response to the lockdown and how efficiently the cops were manning the checkposts.

Among those accompanying the minister was joint police commissioner (crime) Sandeep Patil. During the recce, vehicles without valid passes issued by the police department were seized.

Degree colleges in Karnataka to restart from Nov 17

Intel invited to set up shop in Mangaluru or Belagavi