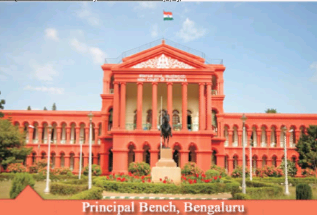 The Karnataka High Court is to announce its verdict on Tuesday on the issue of online education for school children in the state.

Earlier, the state government submitted before the HC that it has not banned online education but is more concerned about the health of children.

Advocate General Prabhu Linga said, “The government is not opposed to online education. An interim arrangement has been made until the report of the panel of experts. Comprehensive guidelines will be issued based on the report.”