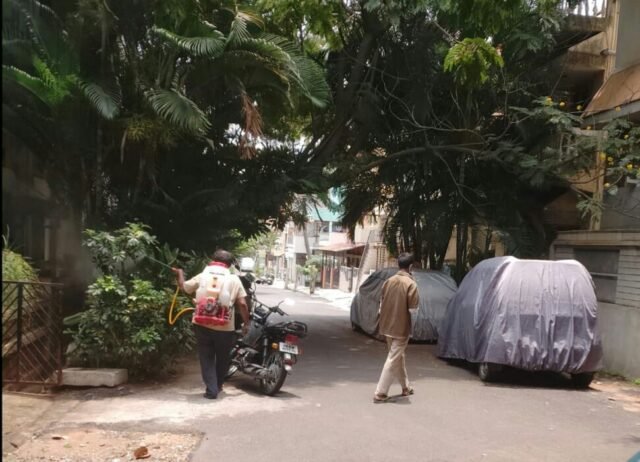 on April 24 she was confirmed with covid-19 after she was admitted at Rajiv Gandhi Institute of chest diseases after she had diagnosed severe acute respiratory illness (SARI).

“P-465: 45 years female resident of Bengaluru Urban was admitted on 24.04.2020, with complaint of SARI and history of Pneumonia, known case of Diabetic with past history of Tuberculosis. Died on 26.04.2020 at Designated Hospital Bengaluru,” media bulletin released by Karnataka Health department said.

On Sunday morning thebengalurulive had reported “Hampi Nagar panicks after 4 positive cases“, explaining the chronological order of the patient number 465.

But after returning back she became breathless which forced her family members to take back her to mudalapalya hospital where she was referred to Rajiv Gandhi Institute of chest diseases.

NBW issued against former mayor absconding since one month