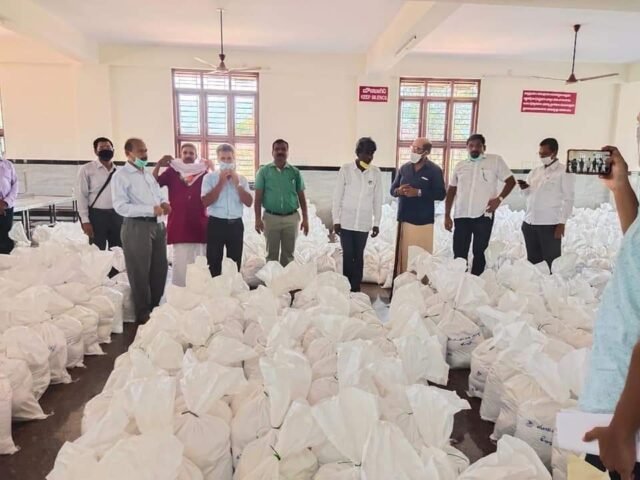 Amid the lockdown, the priests in state-run temples too are facing financial distress. Now,  Karnataka’s Muzarai Department has begun offering aid in kind to them.

On Saturday, Muzarai Minister Kota Srinivasa Poojary said it has been decided to distribute groceries to 34,000 priests in the state. Addressing the media in Udupi, he said, “District collectors have been given the responsibility of distributing the groceries. Thousands of priests in Udupi district will be provided with groceries from the Kollur Mookambika temple.”

More than 7 lakh of meals are being served at 210 A-grade temples in the state. 12,000 meals are distributed daily at the Kadri temple in Dakshina Kannada.

Temples should boost the confidence of the poor people in their jurisdictions, he said, adding that a decision would be taken in the near future regarding opening of temples for regular worship.

Leading (a little late) in hygiene!

108-year-old, who played host to Ambedkar, passes on