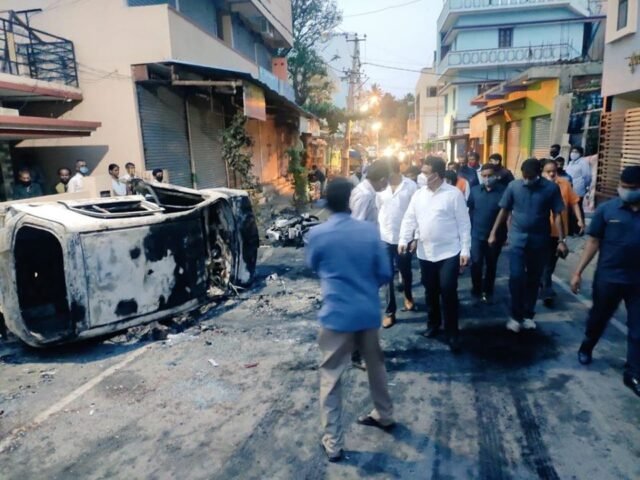 Deputy Chief Minister Ashwath Narayan has said that every rioter involved in the DJ Halli and KG Halli riots will be hunted down and brought to justice.

On Wednesday, in a series of tweets, the DCM said, “Every rioter and arsonist involved in any way in last night’s disturbances will be hunted down by our government, no matter where they hide. The scale and organized nature of the violence confirms that it was entirely orchestrated by these jihadi elements.”

He noted, “This violence is a direct fallout of the INC’s appeasement politics as well as the internal squabbles of their own party. Shockingly, the person who posted the incendiary content was an INC party worker himself.”

“This incident has created fear among law-abiding citizens and has caused immense damage to public and private  property,” the DCM said.