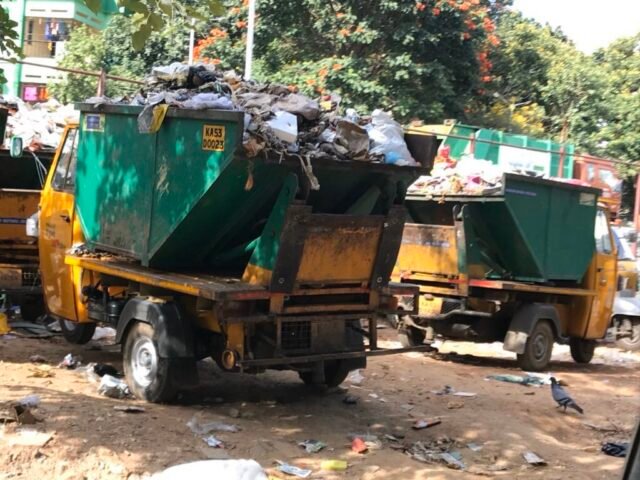 Company will be owned 51-49 by BBMP & govt, and can raise its own funds

It might be just what Silicon City needed, or it might turn out to be a massive ‘waste’ of public money. But that will be known only after a couple of years. Meanwhile, all one can go by is hope, as the state cabinet led by Chief Minister BS Yediyurappa has given its nod to the setting up a limited company — Bengaluru Solid Waste Management Limited Company — which will handle all issues related to collection, transportation and disposal of the city’s waste.

A few months ago, the BJP government had enacted the BBMP Act, 2020 under which more villages have been added and the number of wards has been increased to 243, with the BBMP Commissioner tasked with the delimitation exercise.

In a parallel move – and ostensibly with the objective of keeping elected corporators from ‘interfering’ in the day-to-day activities of garbage disposal — the government has taken a decision to set up a separate company for the task.

Whatever be the motives behind this move, the fact remains that since 2012 the civic agency has not been able to stay on top of the city’s growing garbage problem – as is evident from the fact that the city has not been able to improve its ‘Swachh Bharat Sarvekshan’ (Clean City) ranking since the last four years. By setting up the limited company, BBMP feels it can bypass the waste management ‘hurdles’ created by corporators in the past.

Apart from the physical aspect of garbage collection, transportation and processing, the company will also aim to generate power from solid waste.

Briefing the media after the cabinet meeting on Wednesday, Home Minister Basavaraj Bommai said the cabinet had accepted BBMP’s proposal for a limited company to handle all waste-related issues. The Minister was of the view that the civic agency is not able to concentrate on other civil and developmental work while it is also saddled with the responsibility of waste disposal.

As per the plan, the company will have administrative and financial autonomy. BBMP will hold a 51% share in the company while the state government will own 49%. The Additional Chief Secretary of the Urban Development Department will be the CEO of the company.

Currently, Bengaluru generates around 5,500 tonnes of waste, of which 4,500 tonnes come from households and the remainder from bulk generators. At present, there are 7 waste processing plants in the BBMP limits, of which 4 are working while 3 – which will be co-generation plants — are yet to be operationalized.

Sanitary rule-flouters will be raided and prosecuted: Police chief