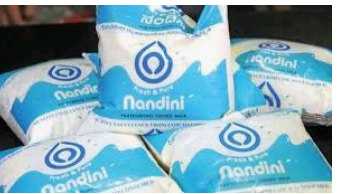 The state government on Wednesday had announced that slum dwellers will be distributed milk packets free of cost till April 14.

“Around 7.5 lakh litres milk will be distributed free of cost to slum dwellers in state,” Chief Minister tweeted.

Deputy Chief Minister Dr CN Ashwath Narayan who accompaned Chief Minister tweeted: “The government has arranged for such places to be provided with food and drinks daily.”