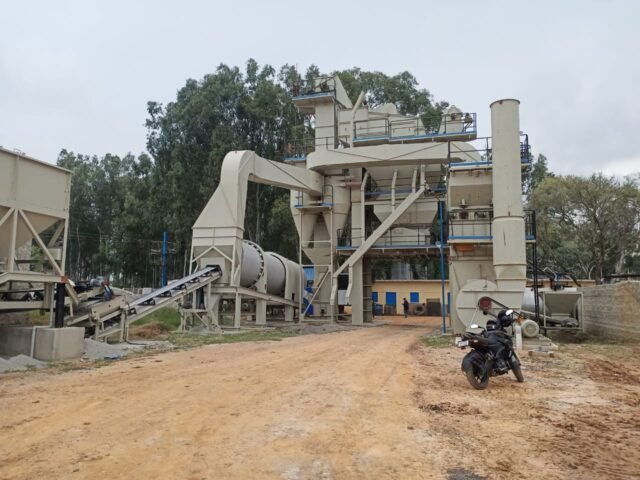 Despite the car’s papers being shown along with the winning bid, BBMP Chief Commissioner cleared and passed the file to BBMP Administrator Rakesh Singh. Will the latter act on TheBengaluruLive‘s expose?

There’s a nearly Rs 270-crore scam brewing in Bengaluru’s civic agency as a Toyota Fortuner car has, quite amazingly, been passed off as an asphalt-carrying tipper by the successful bidder for the tender calling for operation and maintenance of BBMP’s hot-mix asphalt plant at Kannur village in Bengaluru. What has further raised eyebrows is that a fresh tender for the work was issued on March 20, the same day that the previous contractor’s services were terminated. Worse, the Road Infrastructure wing approved the winning bid despite the glaring fact that the Fortuner’s registration papers were uploaded along with the bid.

To compound the farce, despite receiving a complaint in the matter on May 7, BBMP Chief Commissioner Gaurav Gupta, without looking into the issue, signed off on the file and forwarded it to ACS (UDD) and BBMP Administrator Rakesh Singh.

Sources told TheBengaluruLive that the file sent to the Administrator should have been sent by Special Commissioner (Projects) Manoz Jain, but was instead prepared by Engineer-in-Chief Sidde Gowda as Jain was undergoing treatment for Covid-19.

As BBMP custodian, Gupta had a special obligation to cross-verify the details of the winning bid as the registration details of the Fortuner car – passed off as a tipper to transport asphalt – had been uploaded by the successful bidder, Dhananjaya BS of Nikshep Infra Projects. The tender to operate and maintain the hot-mix plant at Kannur village is for three years, has no upper limit to the cost involved, and is extendable for another two years.

Apart from Gupta, the role of every engineer in BBMP’s Road Infrastructure wing is suspect as everyone, including the tender-inviting Executive Engineer (Technical Engineering cell) Shrinivas accepted the winning bid without verifying the documents. Further, all the other engineers above him also cleared the file and subsequently so did Chief Commissioner Gaurav Gupta.

In exposing this mega scam, TheBengaluruLive expects that Administrator Rakesh Singh will do the right thing and cancel the tender.

How winning bid was singled out!

Of the five bidders, A Mohan Narasimhulu was rejected because he had not undertaken the High Density Corridor project and the Jayamahal-Ballari Road widening project that had been awarded to him. The other three, Umesha, Munivenkatappa and Satish, were also ruled out as they did not have the 70 required points to qualify for the tender. Thus, the BBMP engineers cleared Dhananjaya as the single eligible bidder and recommended that the work order be issued in his favour.

Interestingly, every bidder had to upload the number of vehicles available for the work related to the hot-mix plant. Amazingly, of the copies of five RC books uploaded by Dhananjaya, one belongs to a Toyota Fortuner car (KA04MN0441 — see pics).

Earlier, the then BBMP Commissioner N Manjunatha Prasad had terminated MS Venkatesh’s contract on March 20 after the latter had failed to provide hot-mix material to fill the city’s potholes. The very same day, on March 20, the Road Infrastructure wing placed a tender for fresh bids to operate and run the Kannur plant.

Speaking to TheBengaluruLive, an engineer who has been closely monitoring these developments noted that questions were being raised on how the fresh tender documents could have been prepared so quickly as to be issued the day the old contract was terminated.

A calculation of the surface area of Bengaluru’s roads give a clear indication of the multi-crore business of filling the city’s potholes. Bengaluru has a road length of 13,000 km, of which 1,350 km comprises arterial and sub-arterial roads while around 11,650 km comprises roads under ward limits.

TheBengaluruLive is making it clear that the above cost of Rs 89.50 crore does not include the cost towards DBM (Dense Bituminous Macadam), BM (Bituminous Macadam), laying of WMM (wet mix macadam), machine cutting of potholes, hiring of milling machines, etc.

Out of 13000 km, almost 1,000 km of major roads is concretised and more than 4,000 km come under DLP (defects liability period) . So effectively, around 8,000 km of roads falls in the pothole-filling category, which comes to around Rs 56 crore. But going by the rough calculations of BBMP engineers, it comes to around Rs 89.50 crore, which is around Rs 268.5 crore for three years – should the tender be awarded to successful bidder Dhananjaya BS.

No reaction from Commissioner

Meanwhile, TheBengaluruLive has brought all the facts to the Administrator’s notice. We also sent a WhatsApp message to Chief Commissioner Gaurav Gupta for his reaction, as he had overlooked a complaint pertaining to the tendering irregularities and had given his nod to the process. However, by the time the story was published on our site, we did not receive any reaction from Gupta.

Further, we sent a similar WhatsApp message to contractor Dhananjay. He too did not reply.