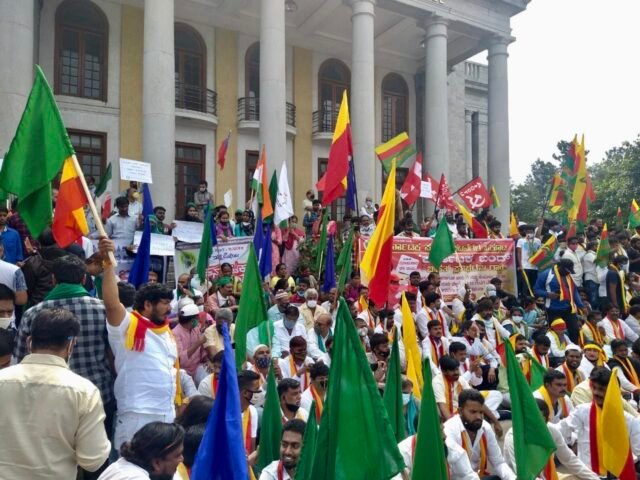 Karnataka Rakshana Vedike activists were among the first to be arrested on Monday morning in connection with the statewide farmers’ protest against amendments to the Land Acquisition Act and the APMC Act. The activists were rounded up from near the city railway station.

The activists led by Vedike president Narayan Gowda protested near Majestic and at the railway station premises. Some who resorted to a ‘rail roko’ were taken into custody.

There was high drama later at Freedom Park when another group of KRV activists tried to block the bus in which Narayana Gowda and others were being taken by the cops.

At the international airport too, around 30 women KRV activists attempting a blockade were arrested.

City police commissioner Kamal Pant had on Sunday warned protesters to adhere to Covid guidelines of else they would be arrested and booked under the NDMA.

Chief Minister BS Yediyurappa had also appealed to farmers to withdraw their protest.

Areas to avoid during bandh