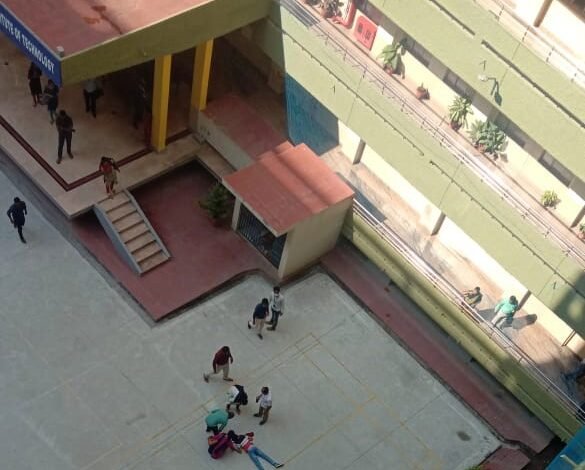 A 21-year-old engineering student committed suicide by jumping from his college building on Monday morning.

The youth has been identified as Jayant Reddy, a second-year engineering student of Bangalore Institute of Technology College, VV Puram.

As per the police, he left a death note in which he said he was suffering from depression, and that ‘something was ticking’ in his mind and he wasn’t aware ‘when it could explode’.

The youth was reportedly a resident of DB Sandra near Vidyaranyapura. The VV Puram police inspected the spot and after a ‘panchanama’, his body was sent to the KIMS hospital mortuary.

Senior cop’s bullet injuries from his own, not service, revolver