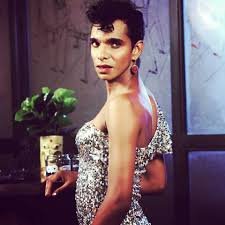 In the latest twist to the ongoing probe into thedrug mafia’s links with Sandalwood in particular and showbiz in general, former Bigg Boss Kannada contestant, drag queen and dancer Adam Pasha was arrested by the Bengaluru cell of the Narcotics Control Bureau on Tuesday.

He is alleged to have purchased drugs from arrested drug kingpin Anika D, who is a television actress. Following her arrest in August, further arrests and disclosures in the drugs probe have been made.

Adam had reportedly told mediapersons earlier that he knew Anika but had never bought drugs from her. According to some TV news channels, NCB officials have alleged that Adam purchased illicit drugs on several occasions from Anika.

Even earlier, the former Bigg Boss Kannada contestant’s name had cropped up a few times in reports linked to the arrest and interrogation of Anika.

CM appeals to KSRTC staff to call off strike