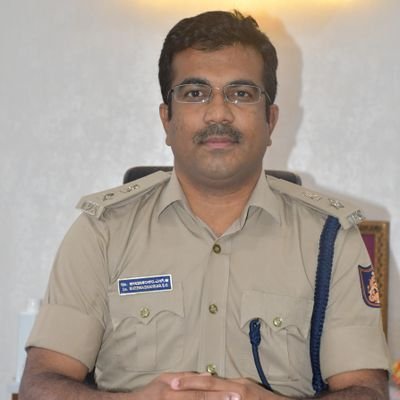 The mob belonging to a  particular community, that went amok after an allegedly provocative social media post, did not spare even the police. After vandalising the car of DCP (East) Sharanabasappa, they targeted the vehicle of DCP (North-East) Bheemashankar Guled and even attacked him.

Guled’s Innova car was  vandalised and he was hit on his leg with a rod. Eyewitnesses said Guled was not able to walk after the blow.

Earlier, DCP Sharanabasappa’s vehicle was vandalized inside the  KJ Halli police station premises. Guled was heading to the spot when he was encircled and attacked at the entrance to the station. His driver too was assaulted.