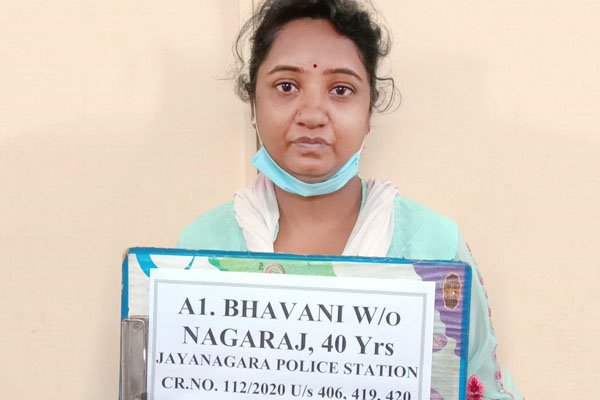 A fake crime reporter who was flaunting her ‘high-level’ contacts and cheating people has been nabbed by the Jayanagar police.

As per a complaint by Rukmini, the accused took Rs 2 lakh from her with the assurance that she would get Rukmini’s problem resolved

Rukmini, a resident of Jayanagar, had lent Rs 6 lakh to a person after selling her house. Subsequently, the borrower did not return the money.

Rukmini met Bhavani, who claimed she was a media person and had high-level police contacts. She said she would ensure that Rukmini got her money back and took a ‘commission’ of Rs 2 lakh.

Later, Bhavani neither did what she had promised nor returned the ‘commission’. When Rukmini approached the Jayanagar police, she learnt that Bhavani was a conwoman.

The police registered a case and arrested the fake reporter.