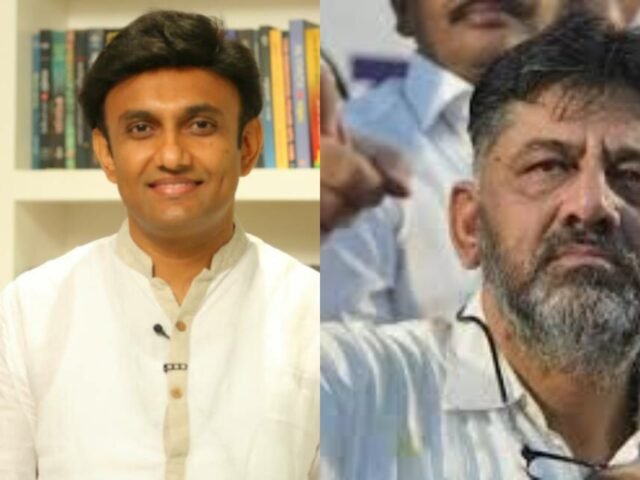 The Congress party’s Karnataka chief D K Shivakumar on Friday claimed the idea to impose night curfew to contain coronavirus was that of state health minister Dr K Sudhakar and not Chief Minister B S Yediyurappa.

He was reacting to the Yediyurappa government’s decision to impose night curfew from December 24 for 9 days, only to withdraw it hours before its implementation on Thursday.

Shivakumar and Sudhakar had entered into a war of words yesterday when the former termed the curfew as a measure to “cover up” wrongdoings of the BJP government by diverting public attentiion.

Reacting, Sudhakar had said the whole world knew the background of Shivakumar and he has no need to take lessons from him.

“The decision to impose night curfew was of Sudhakar and not Yediyurappa”s. Nobody with common sense would make such a decision,” Shivakumar told reporters at his residence here on Friday.

According to him, the night curfew was aimed at gaining publicity.

The Congress leader wondered which technical advisory committee member had advised imposing it.

The state Congress chief said the people have suffered the whole year due to losses and now a decision was taken which would have further hit them hard.

He added that people throng the road and market in day time and not in the night.

Instead of night curfew, the government should have ensured supply of medicines and facilities to combat coronavirus, Shivakumar said.

He said the government should have given tax exemption to those who suffered losses in business and job allowance to those who were laid off during the COVID induced lockdown.

But none of these measures were taken and instead a regressive step of night curfew was taken which would have affected businesses,he claimed. Defending the decision to impose night curfew after 11 pm, Sudhakar said on Friday that it was taken keeping in mind the public interest so as to insure that normal life is not affected. PTI