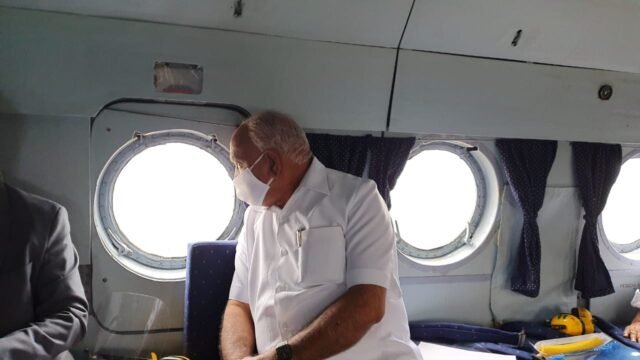 Chief Minister BS Yediyurappa has said he will go to Delhi next week to seek more relief funds for Karnataka.

Speaking to people’s representatives and senior officials of Dharwad and Belagavi districts on Tuesday at the Sambra airport, the CM said legislators must respond to people’s problems. He said urgent work should be undertaken under the NDRF.

The CM said Rs 412 crore had been released for flood relief work in Belagavi district, and Rs 174 crore would be released for construction of houses in the district. A total of Rs 488 crore has been distributed among 44,156 flood victims.

BJP leader in the Legislative Council Mahantesh Kavatagimutt pointed to the need for constructing another 9,000 houses in the district, while Assembly deputy speaker Ananda Mamani appealed for parity in the crop insurance amounts for Dharwad and Belagavi districts.

It’s back to hard lockdown in Bengaluru’s Covid clusters