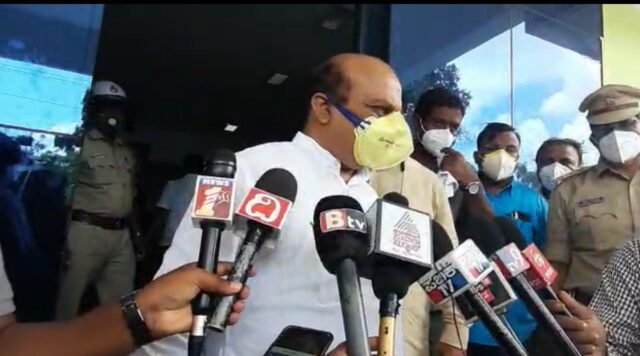 Karnataka home minister Basavaraj Bommai on Monday said that a decision on whether or not begin the process of unlocking the state, which is under a Covid-induced lockdown till June 14, will be taken only after reviewing the pandemic situation in districts.

The minister of State for Home Affairs, Law and Parliamentary Affairs, said that decision will be taken after a review meeting of senior ministers and senior officials headed by Chief Minister BS Yeddyurappa.

Addressing reporters in Haveri today, he said they had received several suggestions for relaxations in lockdown restrictions.

“We have to take into account where the rate of positivity is low, which district has the lowest rates. There have been many suggestions from the industrial sector that there should be relaxation measures in such districts. All these suggestions will be considered,” said Bommai.

The current lockdown restrictions in the state was put in place from April 27, after a surge in virus infections and deaths. Karnataka’s daily test positivity rate fell to 7.7 per cent on Sunday, the lowest in nearly two months.

However, Bommai on Sunday said there is no chance of a change in leadership in Karnataka adding that the 18 MLAs who came to the BJP from other parties had proposed BS Yediyurappa as the Chief Minister.

“There has already been much talk about the statement of Chief Minister BS Yeddyurappa. I also made a statement. Our state president Nalin Kumar has already issued a statement saying that Yeddyurappa is our only leader. The Union Minister has made it clear that there are no questions on that,” said Bommai in Haveri today. (ANI)

‘Have Kannadigas become orphans in this federal structure?’: Kumaraswamy

DCM urges flat owners to be pro-active on city affairs