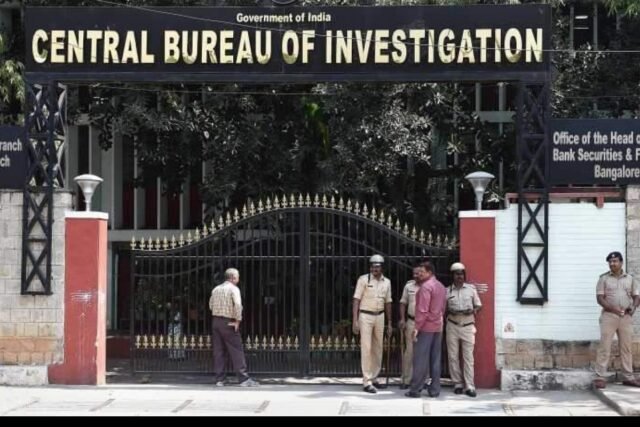 The Central Bureau of Investigation (CBI) has arrested two Superintendents and one Inspector, all working in the office of Commissioner, Central Goods & Service Tax, Central Excise, Belgaum (Karnataka) on charges of allegdly accepting a bribe of Rs 5 lakh for showing official favour.

A case was registered on a complaint against a Superintendent of GST, Belgaum; an Inspector, GST, Belgaum and others on the allegations that the accused visited the complainant’s factory and demanded bribe of Rs 20 lakh for not filing the required GST amount.

CBI laid a trap and caught the Inspector while accepting a bribe of Rs Five lakh from the complainant as a first instalment. In a follow up action, two Superintendents were also caught.

Searches at the office & residential premises of accused at Belgaum and Ghaziabad are in progress, according to a CBI release here on Thursday.

All the arrested will be produced before the Jurisdictional Court at Dharwad on Thursday. (Agency)