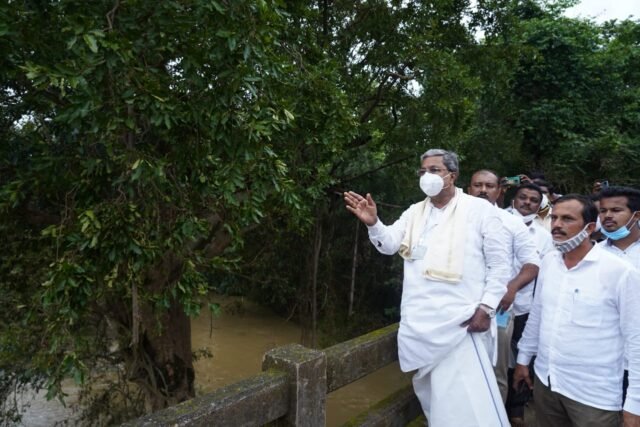 Taking a dig at the BJP government in Karnataka, former Chief Minister Siddaramaiah on Monday said it was focusing only on cabinet expansion and not COVID-19.

‘Thousands have died in absence of adequate hospitals, beds, ventilators, and oxygen.It must be prevented from recurring but Chief Minister Basavaraj Bommai is running around for cabinet expansion instead of focusing on COVID-19,’ Siddaramaiah told reporters in Karwar, the headquarters town of Uttara Kannada district.

Wondering why Bommai should go to Delhi every now and then, the Congress stalwart said the BJP high command must also understand the problems of the state.

He alleged that the BJP legislators have camped in Bengaluru to lobby for a ministerial berth instead of visiting their constituency to work there.

.@CMofKarnataka & @BJP4Karnataka MLAs are only worried about cabinet formation & have forgotten about the rest.

What is need to repeatedly go to New Delhi?

Neither local BJP leaders nor their High Command have concerns towards Karnataka.#Karwar

He cautioned the government that it should ensure that the situation should not lead to imposing a lockdown.

‘The number of infections in the past two days has been close to two thousand…,’ the leader of the opposition in Karnataka assembly said.

.@BJP4Karnataka govt should ensure that 3rd wave of pandemic does not hit our State.

Strict checks & tests have to be conducted at Kerala & Maharashtra borders. Only those with negative RT-PCR report & those vaccinated with both the doses should be allowed.#Karwar

Siddaramaiah said the primary task of the state government is to prevent the third wave of COVID-19 in the state, which, he claimed, has already hit neighbouring Maharashtra and Kerala.

He asked the government not to relax the norms for those who have taken both the shots of COVID-19 vaccine and make negative test reports mandatory for those entering the state from neighbouring states with high COVID prevalence.

Regarding a few public representatives going to court to seek an injunction against the telecast of their objectionable videos, Siddaramaiah said what was the need for them to move the court when they were clean.

Karnataka on Sunday reported 1,875 fresh cases and 25 deaths while the state has over 24,000 active cases. PTI

No online classes from LKG till 5th grade: Suresh Kumar

Covid patient hangs himself in hospital