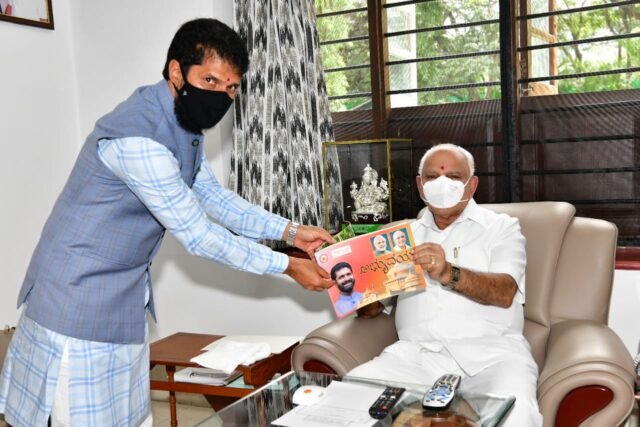 Karnataka Minister for Kannada, Culture and Tourism C T Ravi has tendered his resignation, days after being appointed BJP national General Secretary, sources close to him said on Sunday.

The four-time MLA from Chikkamagaluru submitted his resignation on Saturday to Chief Minister B S Yediyurappa. They added that the Minister, who was appointed to the party position at the national level on September 26, is slated to fly to Delhi on Monday to meet the BJP Central leaders.

Ravi posted on Twitter one of the popular verses of “Mankuthimmana Kagga”, written by famous Kannada litterateur D V Guddappa. “Nothing stops when a person dies. The seasons continue to change. Time may grieve for some time. From the soil in which the dead are buried, rises the sprout of grass. Earth is pregnant again with new life. Nature is in a constant state of cultivation – Mankutimma,” the Minister wrote.

The 53-year-old’s decision to quit the Cabinet was not unexpected. He had said last Thursday in his home district headquarters town of Chikkamagaluru that he had kept his resignation letter ready for submission. Ravi’s resignation also comes in the midst of reports that the Chief Minister may go in for a Cabinet reshuffle and expansion soon.

There are 28 ministers in Karnataka against the maximum permissible limit of 34. There are many ministerial aspirants, including those who had switched over to the ruling BJP from the Congress and the JD(S). PTI

With villagers staying away, kin ferry Covid victim on bicycle for last rites

‘Law’ is first Kannada film to release directly on OTT

Do’s and Dont’s for interstate travel – flight, train and bus