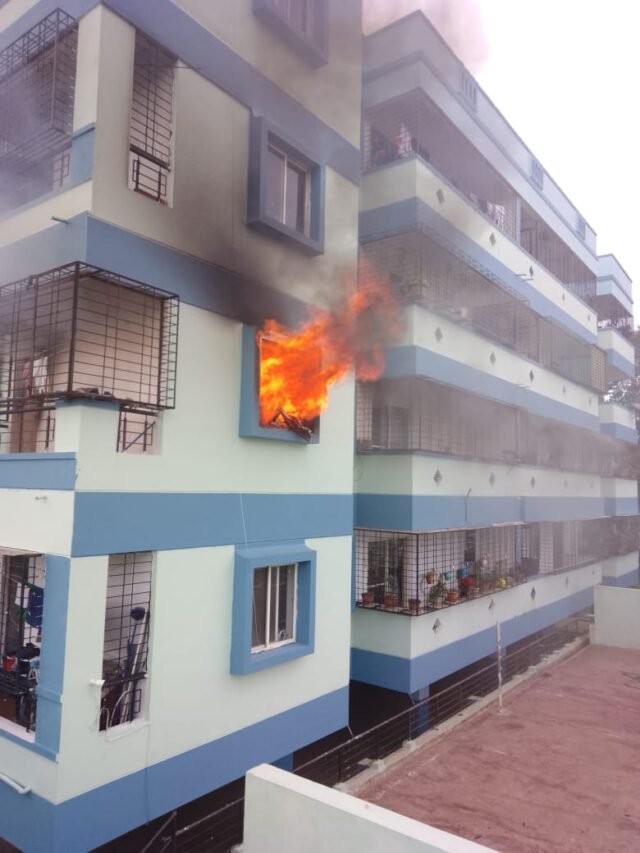 No casualties were reported in a fire incident reported in two flats of VMAKS Chalet Apartment situated at Electronics City’s Vasundhara Layout.

Sources in the Karnataka Fire Department suspected that the blaze was triggered by a leak in a cooking gas cylinder in one of the flats.

All the apartment residents were evacuated and no casualties were reported, said a Fire Department official.