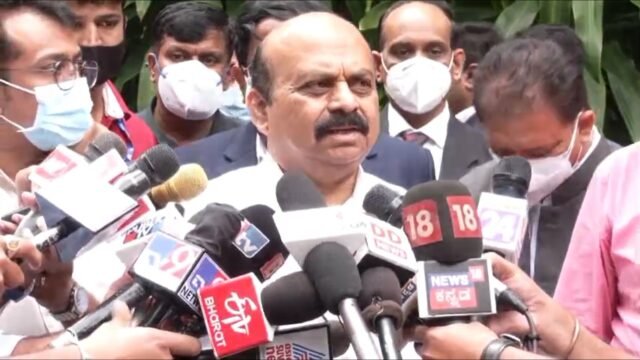 Repair and restoration of pothole-riddled Bengaluru roads would be taken up on a war footing and “I myself will monitor the works after the end of the current spell of showers in the city,” Chief Minister Basavaraj Bommai stated here on Wednesday.

Speaking to media persons after participating in the Bengaluru Tech Summit, he said the continuous spell of rains in the city and other districts due to the depression in the Bay of Bengal had left its trail of damage on Bengaluru roads. “I have already held a meeting in this regard and issued necessary instructions for road repair works,” the CM said.

Works would be taken up for comprehensive repair and improvement of roads in Bengaluru immediately after the current spell of rains. Orders had been issued to utilise NDRF teams for relief works in low-lying areas which have suffered damage to roads, houses and property. Four special teams of the State Disaster Management Force (SDRF) would be constituted for the purpose in Bengaluru, Bommai said.

Replying to a question on ‘confusion’ between contractors who laid the roads and BBMP as to who should take up road repair works in the city following the rains, the Chief Minister said BBMP had been instructed to take up the works immediately if the concerned contractors fail to take up maintenance work and to deduct the cost incurred from the contractors later.

He also stated that the government had approved Rs 280 crore for taking up underground drainage works in 110 villages which were added to BBMP limits.