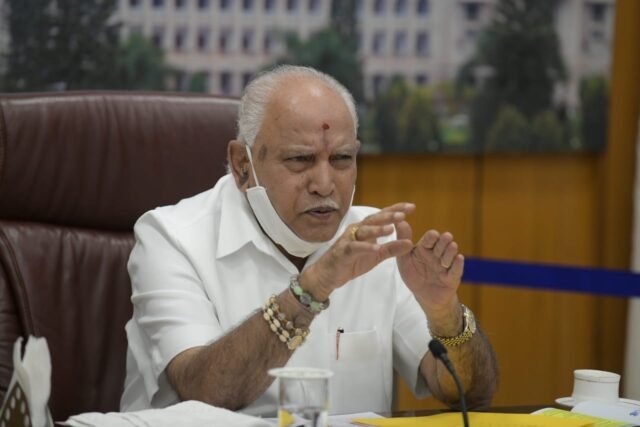 Former Karnataka chief minister and senior Bharatiya Janata Party (BJP) leader BS Yediyurappa on Saturday said that the decision on whether his son would contest from the Shikaripura constituency would be taken by Prime Minister Narendra Modi, Union Home Minister Amit Shah and BJP chief JP Nadda. Earlier on Friday Yediyurappa said that he would not be contesting from the Shikaripura constituency in the next Assembly elections and urged people to support his son BY Vijayendra.

While talking to ANI, he said, “I gave a statement on Friday after yielding to the insistence of the people of Shikaripura that I would leave it to Vijayendra. However, the decision of the BJP leaders is final in this matter.” “Vijayendra has the power to win in any part, including the Old Mysore region, I gave a statement as per the demand of the people of Shikaripura. However, Prime Minister Narendra Modi, Union Home Minister Amit Shah, and BJP National President J P Nadda will act according to the decision of the party leaders including high command,” he added.

“Confusion has arisen from my statement on Friday. I will not contest assembly elections. However, the people of Shikaripura insisted on contesting the next election. Then, I gave a statement that I will not contest, Vijayendra will contest,” he stated. “All I have given is advice. The top brass of the party will decide in which constituency Vijayendra should contest. Vijayendra will contest in the constituency suggested by Modi, Amit Shah and Nadda,” he further stated.

On being asked about th speculation that he is being cornered, “It is far from the truth that I have been cornered in the party. Our party has made a municipal councillor four times the chief minister. It is the BJP that has raised the common worker to such a height. I am satisfied and relieved,” Yediyurappa told. He claimed that he will win 140 MLAs in the next election and bring BJP back to power.

On Siddaramaiah’s allegation that Vijayendra was involved in the illegal examination of police sub-inspector recruitment is not true, he said, “Such a statement does not beautify the position of the leader of the opposition party. He is acting as if he is a thief. He demanded that Siddaramaiah apologizes to the people of the state.” (ANI)

Solutions to all problems hidden in Vedas, Upanishads: Amit Shah

All should wear masks: Dy CM