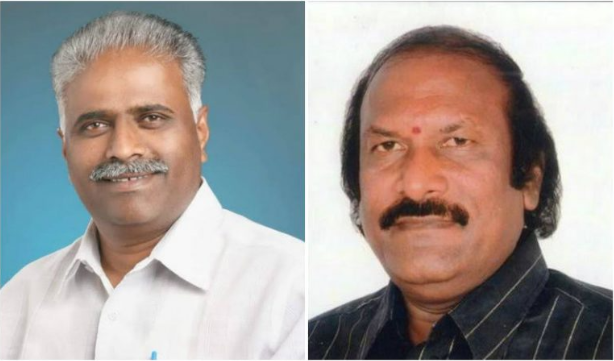 In a major blow to the BJP’s Karnataka state cadre leaders, the party high command in New Delhi has denied Rajya Sabha tickets to two of its recommended candidates — Prabhakar Kore and Ramesh katti.

The party’s National General Secretary Arun Singh in a press release has announced the names of former Belagavi Zilla Panchayat president Iranna Kadadi and a lawyer from Raichur, Ashok Gasti,  as its candidates for the Rajya Sabha from Karnataka.

The choice of Iranna Kadadi and Ashok Gasti for RS tickets is a clear indication that the Delhi top brass has given priority to North Karnataka and Hyderabad-Karnataka.

The last date for filing nominations is June 9 while candidates can withdraw their names by June 10. Scrutiny of the applications will be done on June 11.

But the top brass has snubbed the state panel by turning down all three names. “Karnataka BJP leaders had suggested three names but we have not considered their choices and we have picked two names, who have been with the party for many years and have worked for the party from the grassroots level. Now, our MLAs have to work for them to ensure that they are elected and sent to the Rajya Sabha,” a BJP spokersperson in Delhi said.