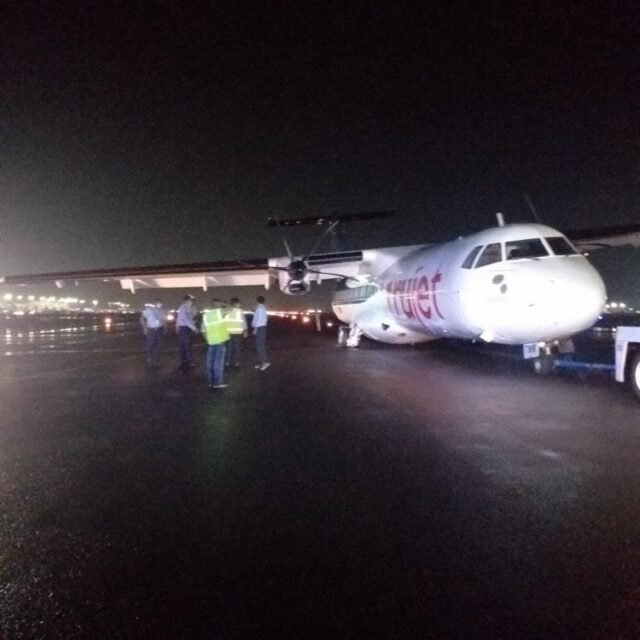 The Belagavi-Mysore TruJet flight was diverted to Chennai after it failed to land in Mysuru due to technical problems on Monday night.

Passengers complained that apart from the delay in reaching their destinations, they were not treated well by the airline.

Sachin Sabnis, an industrialist from Belagavi who was on the flight, said that it made a loud noise while trying to land in Mysuru. It, however, took off without landing there. “When the plane landed in Chennai, we could see that it had tilted to one side. I suspect that it was because of the failure of the landing gear,” he said.

The passengers were not evacuated for half-an-hour after the plane landed in Chennai. “We were stranded without luggage, accommodation, food or any help for over two hours. There were only junior staff to talk to,” he said. “We were lucky to escape unhurt.

The airline needs to train itself for such eventualities,” Sabnis added.

Meanwhile, Director of Mysuru Airport R Manjunath on Wednesday attributed the flight diversion to “bad weather and rain”. He said that the decision to abort landing or diverting a flight is entirely that of the pilots based on various parameters. (Agency)