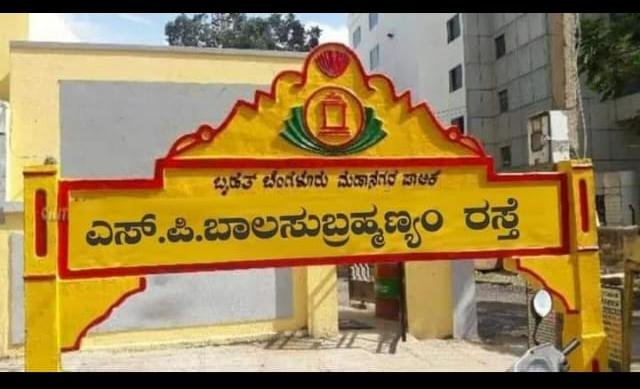 While others retweeted fake post, thebengalurulive checked it out with Commissioner

Since Monday morning, a picture has gone viral on WhatsApp, Twitter and other social media platforms claiming that BBMP has named a street in honour of the playback singer who died on September 25 in Chennai.

TheBengaluruLive received the post in a common WhatsApp group and forwarded it to BBMP Commissioner for verification. Prasad denied any such step having been taken by the civic agency and termed the picture ‘fake’.

In fact, some Bengaluru-based journalists retweeted the fake post which claimed that BBMP had named a street near Corporation Circle after SP Balasubrahmanyam. What’s more, one WhatsApp message claimed that a road near Kengeri was named after SPB.

Home dept will get all the funds needed: CM