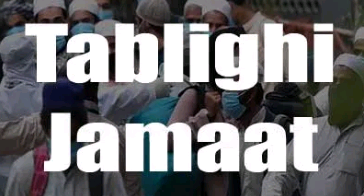 4 Jamaat returnee cases from Belagavi, one from Bellary

Karnataka has recorded 5 new Covid-19 positive cases, all of whom had attended the Tablighi Jamaat congregation held at Nizamuddin in New Delhi. Four of them are from Raibagh in Belagavi district while one is from Bellary district. Karnataka now totals 151 positive cases.

Till Sunday afternoon, Karnataka had two new cases with a Bengaluru couple who had returned from Dubai testing positive.

Of the four Belagavi cases, three are female and all of them returned after attending the Tablighi Jamaat congregation.

Patient number 151 is a 41-year-old male from Bellary, who also attended the Tablighi Jamaat congregation held between March 13 and 18. He has been isolated at Alipur in Bellary district.

Overall, Bengaluru Urban still stands at the top of the table with 57 positive cases, of which 9 have been discharged, while Mysuru district has 28 positive cases, Dakshina Kannada 12, Bidar 10, Uttara Kannada 8, Chikaballapur 7, Bellary 6, Kalaburagi 5, Davanagere and Udupi 3, and Dharwad, Kodagu, Tumkur, Bagalkot and Bengaluru Rural district one each.