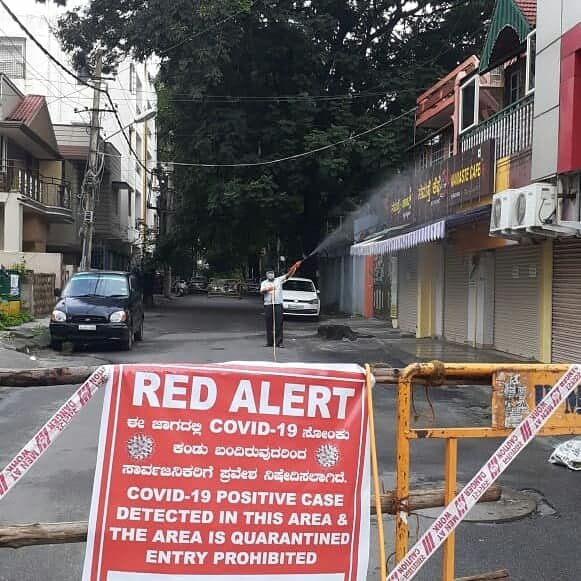 The dreaded coronavirus shows no signs of relenting in Karnataka. For the fourth consecutive day, the number of positive cases has crossed the 5K mark. And the state’s total caseload requires just one more such black day to cross the one lakh mark.

A total of 96,141 infections have been detected in the state so far. As per the bulletin released by the state health and family welfare department, there were 5,199 positive cases in Karnataka on Sunday — the highest number of cases so far in a single day.

Approximately 2,088 people were discharged on Sunday. A total of 35,838 people have so far been discharged from hospitals, giving the state a recovery rate of 37.28 per cent.

The virus death toll in the state has risen to 1,878 with 88 people succumbing on Sunday.

So far, 11,76,827 coronavirus tests have been conducted in the state, with 33,565 tests conducted on Sunday. A total of 58,417 cases are active in Karnataka and are being treated at specific Covid hospitals.

As per the bulletin, Bengaluru so far has reported 45,453 infections out of which 33,156 are active. Sunday’s 29 deaths have swollen the total death count in the state capital to 891.